Opinion: 'Pele in skirts' - Brazilian Marta's success is inspiration for many 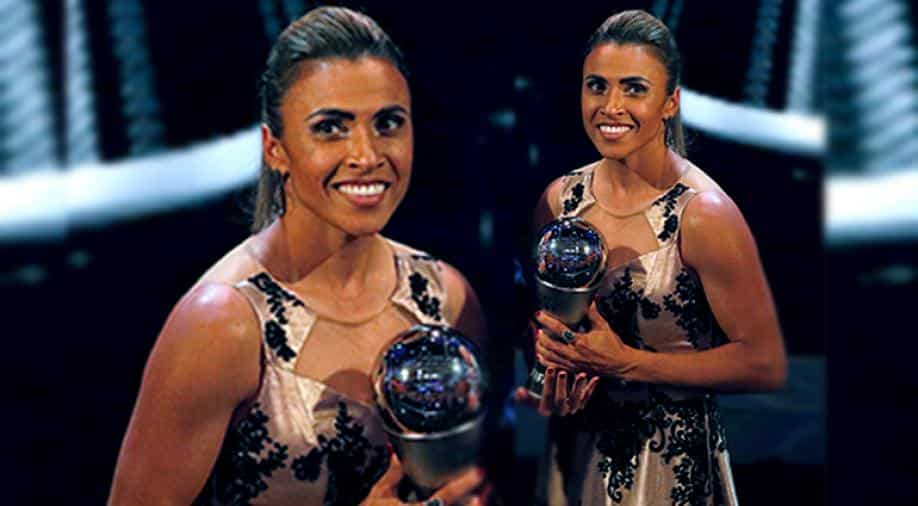 The way Marta dribbled all the way from streets to Olympics, it's an inspiration for thousands of aspirants.

Female aspirant athletes were subjected to gender bias untill the government lifted the ban in 1979. Meanwhile, during that era, their male counterparts were earning accolades and winning World Cups.

However, Marta fought her way through all the stereotypes and built a successful career for herself in a sport which never seemed "incompatible with the female nature".

She holds the record for the most goals scored in women's World Cup and defeated Olympique Lyonnais pair Ada Hegerberg of Norway and Dzsenifer Marozsan of Germany to win this year's best FIFA women's award for the sixth time.

Marta, popularly known as "Pele in skirts", a name which was given by Pele himself, is a role model for many female footballers who still face gender inequality in the sport.

32-year-old Marta is known for her pace when dribbling at speed and often regarded as the best female player of all time. Her flair, quick feet and exceptional skills with the ball have earned her comparisons with legendary footballers like Ronaldinho, Romario and Pele.

Coming from an underprivileged family, Marta made her international debut in 2002 at the age of 16 years and was on the squad for the 2003 World Cup.

In the 2007 World Cup, Brazil reached the finals but lost to Germany, while, Marta displayed a brilliant performance throughout the tournament and appeared in the international spotlight. She was the winner of both the 'Golden Ball' being the top individual player and the 'Golden Boot' as the competition's top scorer with seven goals.

She also played in the 2008 Summer Olympics and earned a silver medal. In August 2016, Marta was one of the eight to carry the Olympic Flag in the Rio Olympics.

The Brazilian led her country to the Copa America title in April and next year's World Cup will be crucial for her.

The way Marta dribbled all the way from streets to Olympics, it's an inspiration for thousands of aspirants.