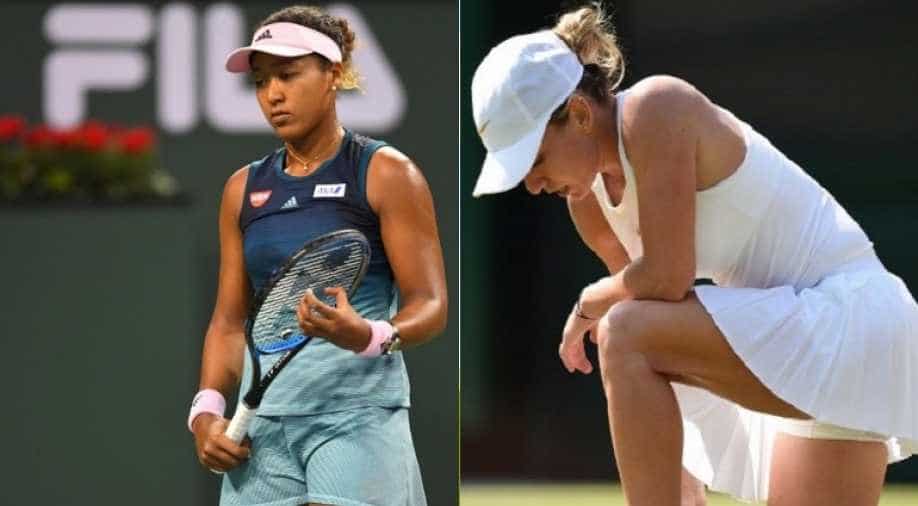 World number one Osaka never found her rhythm against Belinda Bencic as the Swiss used her precise groundstrokes and pinpoint serving to topple the defending champion 6-3 6-1 in just over an hour.

Naomi Osaka followed Simona Halep through the exit door at the BNP Paribas Open on Tuesday as the top two players in the world were sent packing in the fourth round at Indian Wells.

World number one Osaka never found her rhythm against Belinda Bencic as the Swiss used her precise groundstrokes and pinpoint serving to topple the defending champion 6-3 6-1 in just over an hour.

The 22-year-old Bencic, who has risen as high as world number seven before missing time with injuries, hit a forehand volley on match point to seal the win and send her into the quarter-finals.

"I was really happy with the performance," Bencic told Tennis Channel. "It wasn't as easy as the result is saying and I didn't expect it like that, so definitely happy."

She will have another shot at a top-10 player when she takes on hard-hitting world number five Karolina Pliskova, who smashed 13 aces to dispatch Anett Kontaveit 7-6(0) 4-6 6-2 to reach the quarter-finals.

Earlier in the day, Czech teenager Marketa Vondrousova ran Halep ragged before dumping the Romanian out of the tournament 6-2 3-6 6-2.

Halep, who received medical treatment for blisters on her foot during the match, won less than half of her first-service points and hit just six winners to go with 36 unforced errors.

"I was running too much and too defensive," the Romanian told reporters. "But it's everything I could do today."

Halep's loss ensured Osaka will retain her number one ranking after the tournament.

The win was 19-year-old Vondrousova's first over a top-10 player in six attempts.

"I think I'm playing well all week but this is something special because she's number two in the world," Vondrousova said. "I was just fighting for every point."

Another teenager, unseeded Canadian Bianca Andreescu, upset 18th seed Wang Qiang of China 7-5 6-2 to book her place in the quarters. The win was the 18-year-old Andreescu's 25th of the year, the most of any WTA player.

She will next face Garbine Muguruza after the Spaniard battled back to dispatch Kiki Bertens of the Netherlands 5-7 6-1 6-4.

Ukrainian Elina Svitolina came from a break down in the third set to defeat Australian Ashleigh Barty 7-6(8) 5-7 6-4 to reach the quarter-finals for the first time.