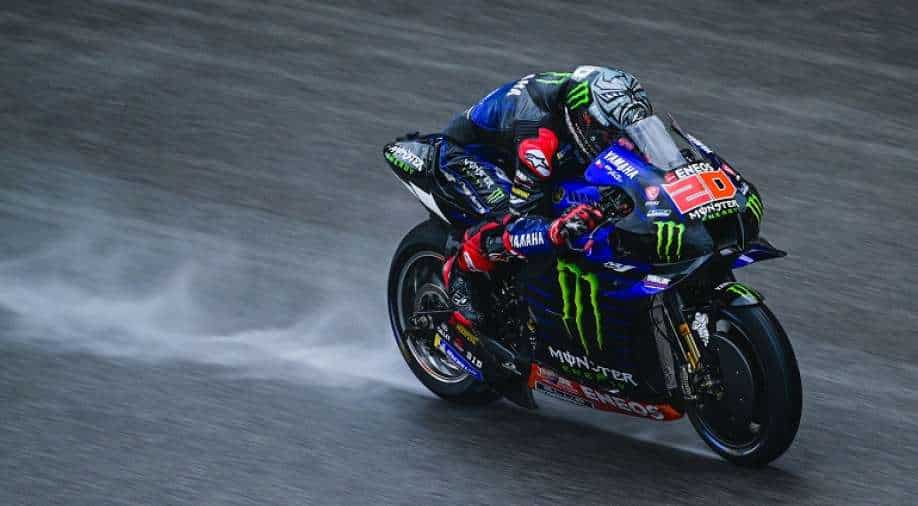 Formula One driver Nikita Mazepin will not be able to race in the British Grand Prix on his Russian license after Motorsport UK on Wednesday banned Russian and Belarusian license holders from racing amid Russia's invasion of Ukraine.

The move by Britain's motor racing federation comes a day after the sport's governing body FIA said Russian and Belarusian drivers would be allowed to compete in a "neutral capacity" under an "FIA flag" following an extraordinary meeting of its World Motor Sport Council (WMSC).

By targeting the nationality of the licenses, Motorsport UK's decision will stop Russian and Belarusian drivers from racing in Britain, regardless of the flag they compete under.

"We stand united with the people of Ukraine and the motorsport community following the invasion and the unacceptable actions that have unfolded," said Motorsport UK Chair David Richards, who attended Tuesday's WMSC meeting, in a statement.

"This is a time for the international motorsport community to act and show support for the people of Ukraine and our colleagues at the Federation Automobile d'Ukraine (FAU)."

Motorsport UK said its decision was made in full consultation with the British Government and national sports governing bodies.

Mazepin, the only Russian on the Formula One grid, already faces an uncertain future after his U.S.-owned Haas team removed all branding related to Russian potash producer and title sponsor Uralkali on the final day of last week's Barcelona test.

Uralkali is owned by Mazepin's father, oligarch Dmitry Mazepin, and the fate of the partnership and the Russian`s continued presence at the team is set to be decided this week.

Motorsport UK also announced a ban on Russian and Belarusian-licensed teams competing in the UK.

It banned the display of Russian or Belarusian national symbols, colours or flags, even on team uniforms, equipment and cars, at Motorsport UK-permitted events.

The organisation's move raises the prospect of other national motorsport federations applying similar restrictions for their home Formula One races.

The British Grand Prix is scheduled for July 3 at Silverstone.

ALSO READ: Roman Abramovich wants to get rid of Chelsea so he offered to sell it, says Swiss billionaire Hansjorg Wyss

Belarus has been a key staging area for the Russian invasion.

Russia calls its actions in Ukraine a "special operation."