Mohamed Salah back in Liverpool squad but may not be risked at Genk: Juergen Klopp 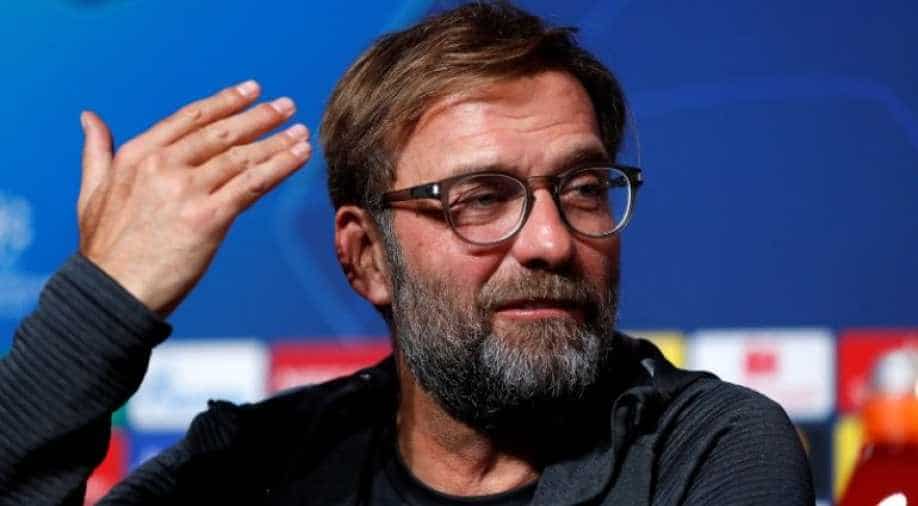 Salah has not played since injuring his ankle in a 2-1 win over Leicester City earlier this month.

Liverpool forward Mohamed Salah has recovered from an ankle injury to return to the squad for Wednesday's Champions League group game at Genk but they will take a late call on his participation, manager Juergen Klopp said on Tuesday.

Salah has not played since injuring his ankle in a 2-1 win over Leicester City earlier this month and he missed the 1-1 draw at Manchester United over the weekend, which ended the Anfield side's 17-match winning streak in the Premier League.

"It looks promising," Klopp told reporters when asked about the Egyptian's participation. "Yesterday we weren't sure, today it looks good but we won't take any risks. We will see how he does overnight."

However, centre back Joel Matip (sore knee) and full back Trent Alexander-Arnold (virus) did not make the trip to Belgium with defenders Dejan Lovren and Joe Gomez expected to replace them in the starting lineup.

"We thought (Matip's injury) would be a two-week thing before Man United," Klopp added. "It's not a serious thing but it's serious enough for him not to play tomorrow."

Defending champions Liverpool have three points after two games and are a point behind Group E leaders Napoli while Belgian champions Genk are bottom with one point.

"We don't want to make Genk bigger than they are but they are at home and they can be annoying," Klopp said. "They're a good team, we have to be here with the right mindset.

"They are organised and brave in their positioning. They don't play with the pressing line too much but go for second balls, have speed, good midfielders and very active full backs."

After Liverpool dominated this year's Ballon d'Or 30-man shortlist, with seven footballers nominated, Klopp said his players "deserved" to make the list and hoped he could keep them together for the next few seasons.

"I'm proud of my boys in general, not just because seven of them have been nominated. I like them a lot and I'm happy when they win things," the German manager said.

"If it's a sign that we are now a destination for players, I don't know. We want to work together for the next couple of years and we'll see what happens."