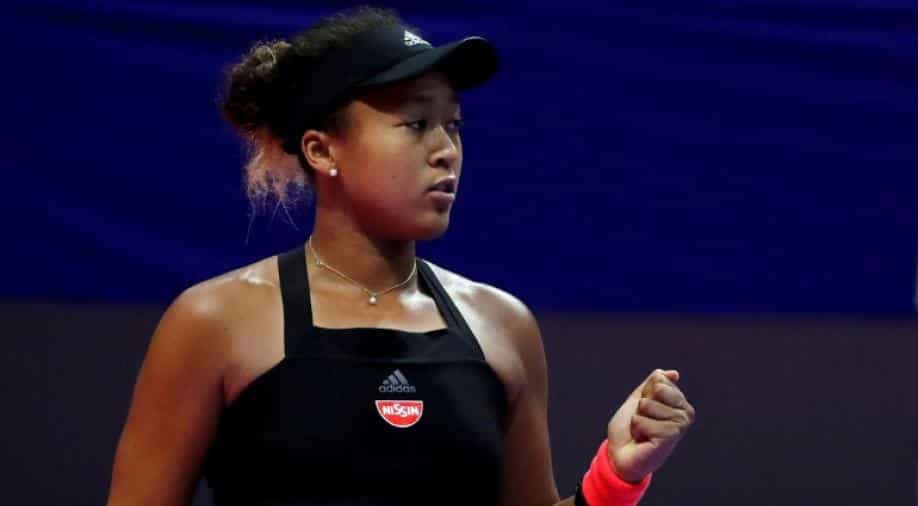 'We never had the intention to do what is known as 'whitewashing', but with this becoming an issue, we will pay more attention to respect for diversity in our PR activities,' Okabayashi, a spokesman for Nissin Foods said.

The cup noodle firm, which sponsors the US Open women's champion, found itself in hot water with its cartoon advert also featuring fellow tennis star Kei Nishikori, as the pale-skinned character bore scant resemblance to the 21-year-old Osaka.

The anime adverts "have already been dropped", Daisuke Okabayashi, a spokesman for Nissin Foods, told AFP.

"We never had the intention to do what is known as 'whitewashing', but with this becoming an issue, we will pay more attention to respect for diversity in our PR activities," added Okabayashi.

He added that they did not consider either blackening or whitening the skin colour of the characters. "We were trying to create them to match the world of Japanese animation," stressed Okabayashi.

The firm had intially obtained agreement from Osaka via her representatives, added the spokesman.

Osaka, who has a Japanese mother, a Haitian father and was raised in the United States, has not commented publicly on the issue as she bids for a second consecutive Grand Slam title at the Australian Open.

The advert sparked debate on social media, with one user writing: "Didn't anyone question why her skin colour was so pale? Her identity is completely ignored."

However, others noted Nishikori was also portrayed with lighter skin, which tends to be the norm in "anime" cartoons.

The real Nishikori "isn't that light, eyes aren't that round, and nose is wider. They are both drawn in anime style," said one defender of the advert.

Osaka has dual Japanese-American citizenship and often replies to questions from Japan's media in English, apologising for not knowing the appropriate word when she speaks Japanese.

Osaka became the first Japanese player to win a Grand Slam last year after beating Serena Williams at the US Open.

That match also sparked a cartoon/race controversy when a caricature of Williams, who is black, appeared showing a butch and fat-lipped player jumping up and down on a broken racquet.

The match was marked by heated exchanges between Williams and the umpire.

Osaka and Williams were on a semi-final collision course at the Australian Open but the American coughed up a match point to lose to Karolina Pliskova.