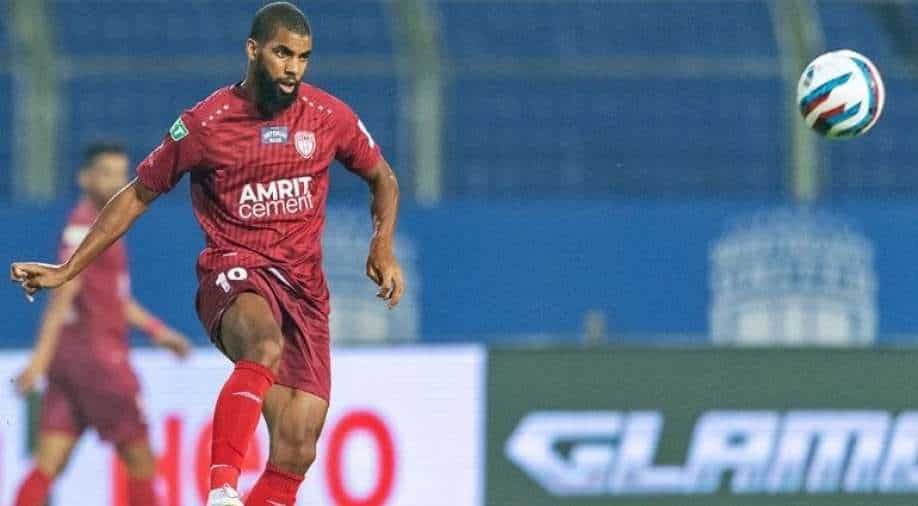 NorthEast United FC awaits the challenge of ATK Mohun Bagan at the PJN Stadium in their next outing on Tuesday while SC East Bengal will face Manolo Marquez's Hyderabad FC at the Athletic Stadium on Thursday.

The result extended SCEB's winless run to seven games which keeps them firmly at the bottom of the points table.

VP Suhair (61st minute) broke the deadlock by scoring his second goal of the season to give NEUFC a crucial lead.

Patrick Flottmann (68th) extended the advantage by scoring his first goal in the Hero ISL by getting his head on the end of a cross.

NEUFC's evening started on a negative note as they lost Hernan Santana to injury during the warm-up.

The first 30-minutes of the game did not have any clear scoring opportunities as both teams cancelled each other out.

SCEB saw their centre-back Franjo Prce leave the pitch due to a twisted ankle and was replaced by Amir Dervisevic in the first half.

Rochharzela and Naorem Singh received a yellow card each for reckless tackles before the break.

The second half started with an immediate yellow card to Lalkhawpuimawia whose shot just before the hour mark from inside the box headed straight at the goalkeeper.

However, at the stroke of the 61st minute, an unforced error from Raju Gaikwad gave the ball away to NEUFC players inside his own half and the subsequent cross was picked up by Suhair, who scored from close-range to send his team into the lead.

His right-footed shot went past the goalkeeper after hitting the inside of the left-sided post.

A few minutes later, thanks to some clever work from a free-kick, a cross found Patrick Flottmann who converted his header from point-blank range to extend his team's lead.

ALSO READ: Cigars, BMW cars and luxury villa: Diego Maradona's belongings up for auction a year after his demise

To add insult to injury, Antonio Perosevic was shown a direct red card late in the game for barging into referee Rahul Kumar Gupta out of frustration.

The Highlanders defended their advantage well and held on to secure crucial three points in the battle of the bottom-placed teams.

NorthEast United FC awaits the challenge of ATK Mohun Bagan at the PJN Stadium in their next outing on Tuesday while SC East Bengal will face Manolo Marquez's Hyderabad FC at the Athletic Stadium on Thursday.