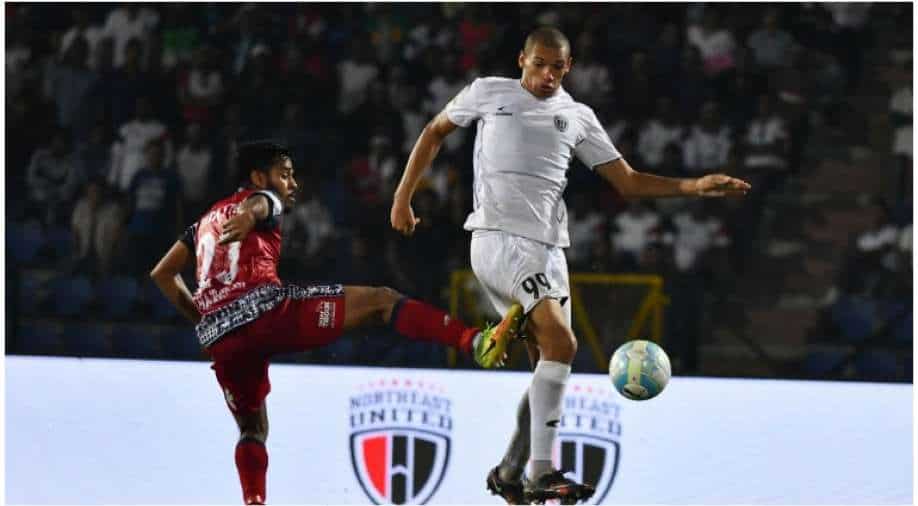 The early exchanges saw both teams create half chances as there was little to separate the teams. Arindam Bhattacharya was called into action in the 27th minute after Murray found space behind the defensive line.

The result allowed Owen Coyle`s men to leapfrog the competition and reach first place in the points table with 19 points.Ishan Pandita (88`) was the difference-maker after scoring another late goal with a towering header to secure three points for Jamshedpur FC.

The early exchanges saw both teams create half chances as there was little to separate the teams. Arindam Bhattacharya was called into action in the 27th minute after Murray found space behind the defensive line.

The goalkeeper did well to leave the box and make the clearance. No major scoring chances fell to either team until the half-hour mark.Boris Singh had a good chance to open the scoring in the final stages of the first half.

The winger found himself unmarked inside the box but his header was disappointing and went way above the crossbar. Despite dominating the possession and creating more attacking opportunities, JFC was not able to score as both teams went into the break without scoring.

The Men of Steel started the second half on the front foot, with Jordan Murray hitting the crossbar with a looping header. Influential defender Adil Khan had to be replaced just before the hour mark by Darren Sidoel due to an injury.

Murray then had another shot saved by Arindam who parried the ball away with a strong right hand.The last 15-minutes saw JFC attack with more intensity. Murray was again on target in the 85th minute but his right-footed shot lacked the power to beat the SCEB custodian.

However, it was Ishan Pandita yet again who scored a late goal to break SCEB hearts. The striker scored with a precise header after meeting with Greg Stewart`s corner.

Pandita`s goal was enough to secure the win and propel JFC to the top of the league table.Jamshedpur FC will next face high-flying Hyderabad FC at the Athletic Stadium on Monday. On the other hand, SC East Bengal meets Derrick Pereira`s FC Goa at the same venue on Wednesday.

'I am not surprised': Kevin Pitersen reacts to Virat Kohli's shocking decision to quit Test captaincy