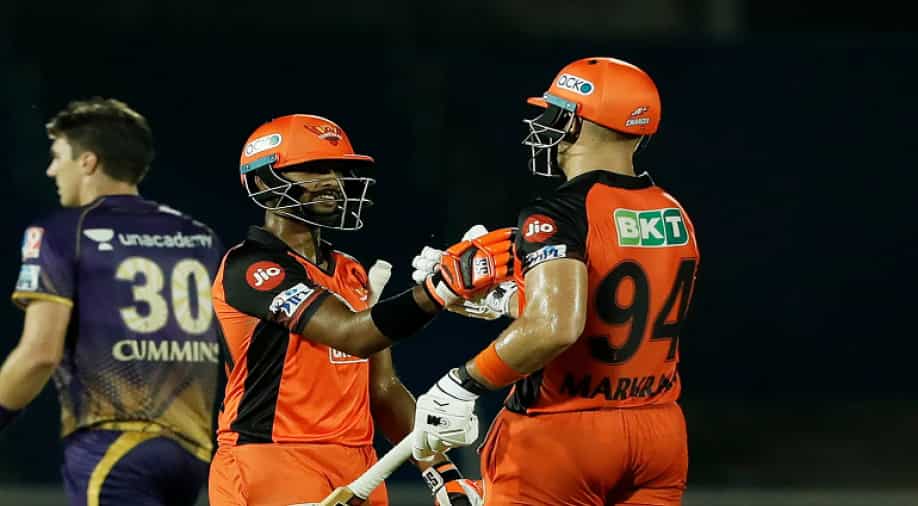 Gujarat Titans continue to lead the table with eight wickets while Rajasthan Royals and Punjab Kings who have both won three games till now and has good NRRs of 0.389 and 0.239 respectively.

Sunrisers Hyderabad moved up to the seventh spot in the Indian Premier League (IPL) 2022 points table as they defeated Kolkata Knight Riders by seven wickets in Mumbai on Friday.

KKR lost early wickets thanks to disciplined bowling from Bhuvneshwar Kumar and T Natarajan but a half century from Nitish Rana and a 25-ball-49 from Andre Russell was able to get their innings back on track. Natarajan was the pick of the bowlers with three scalps as KKR made 175/8 in 20 overs.

In reply, SRH looked in complete control throughout as Rahul Tripathi and Aiden Markram played the KKR bowlers with absolute ease. Tripathi was the top scorer with 71 while Markram made 68 as SRH marched on to their third win of the competition in five games after losing the first two clashes.

KKR, on the other hand, slipped to the fourth position with six points from six games – the most played by any team in this year’s tournament till now. They were level on points with a number of teams in the competition but a healthy net run rate of 0.223 was able to secure them a top 4 spot.

Gujarat Titans continue to lead the table with eight wickets while Rajasthan Royals and Punjab Kings who have both won three games till now and has good NRRs of 0.389 and 0.239 respectively.

Royal Challengers Bangalore are fifth with six points too but a NRR of 0.006 and Delhi Capitals slipped to the eighth spot because of SRH’s win. The final two spots in the table belong to Chennai Super Kings and Mumbai Indians – a team who have not won a single game this season.