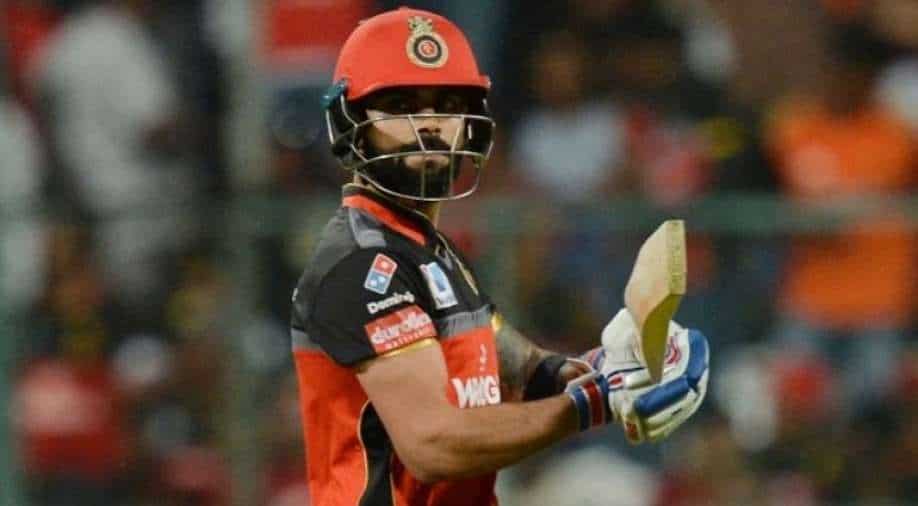 Royal Challengers Bangalore skipper Virat Kohli has been reprimanded after an incident that took place during his team’s match against Sunrisers Hyderabad at the MA Chidambaram Stadium, Chennai that breached the Indian Premier League’s (IPL) Code of Conduct, a BCCI release stated.

“Mr Kohli admitted to the Level 1 offence 2.2 of the IPL’s Code of Conduct. For Level 1 breaches of the Code of Conduct, the Match Referee’s decision is final and binding.” said the release.

Offence 2.2 of the IPL’s Code of Conduct means abuse of cricket equipment. Virat was seen hitting the boundary rope and a chair after being dismissed during the match against SunRisers by Jason Holder.

IN PICS: Ben Stokes ruled out of IPL 2021: Five players who can replace him

RCB were struggling to even make 130 runs in the later stages. However, Glenn Maxwell went on to smash 59 runs in 41 balls to power Royal Challengers to 149 runs.

In return, Mohammed Siraj started his spell brilliantly and bowled the first maiden of Indian Premier League 2021. He went on to remove Wriddhiman Saha. However, Manish Pandey and David Warner put up a crucial 83-run partnership, inching SRH towards victory.

But, David Warner's dismissal triggered a batting collapse in the SRH. Shahbaz Nadeem's 17th over gave a fatal blow to SRH as they lost three wickets in that over, including in-form Manish Pandey.

With this win, Royal Challengers Bangalore went on top of the Indian Premier League table.