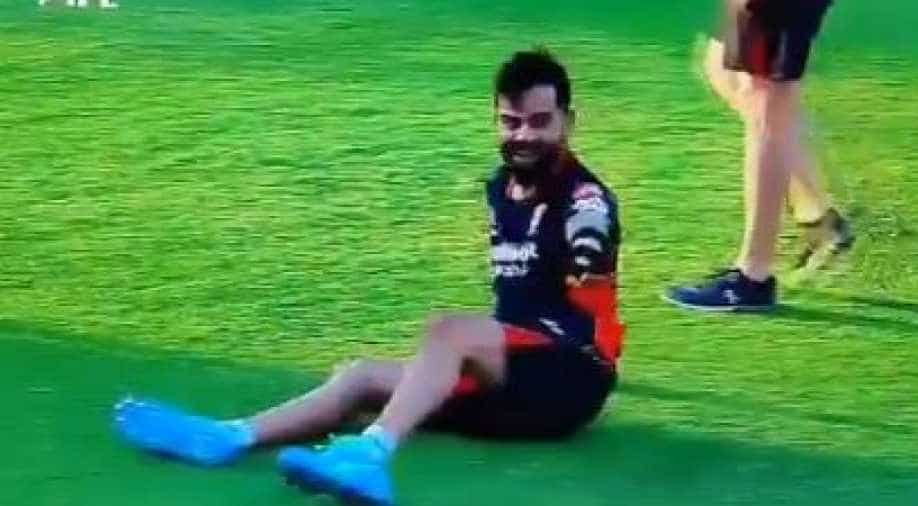 Kohli's mood could not win the game for his team as KXIP beat RCB by eight wickets with a six off the last ball in the IPL.

Royal Challengers Bangalore (RCB) skipper Virat Kohli's dance moves during warm-up ahead of the match against Punjab in the IPL captured the imagination of social media with the video going viral.

Before the Punjab match, RCB had made a flying start to the season in the IPL winning five out of eight games with the mood clearly reflecting on Kohli's pre-match warmup moves.

@imVkohli Amazing dance moves, sir. Gotta have fun once in a while. Sad that RCB lost today's match though, best of luck to you and the boys for Saturday's game. #RCBvKXIP #IPL2020 #Kohli #RCBforever https://t.co/diFK8zpgQ5

Is he doing the wap challenge Or something? 😭😭😂😂 https://t.co/CpIUdkdTFP

However, Kohli's mood could not win the game for his team as KXIP beat RCB by eight wickets with a six off the last ball even as RCB won the toss and chose to bat as KL Rahul and Chris Gayle breezed past RCB's target of 171 in 20 overs.

It was Kohli's 200th match in the IPL for his club.

The result could not dull the effect of the video as fans applauded Kohli on his lighter moment on the field where he is normally pretty fiesty.