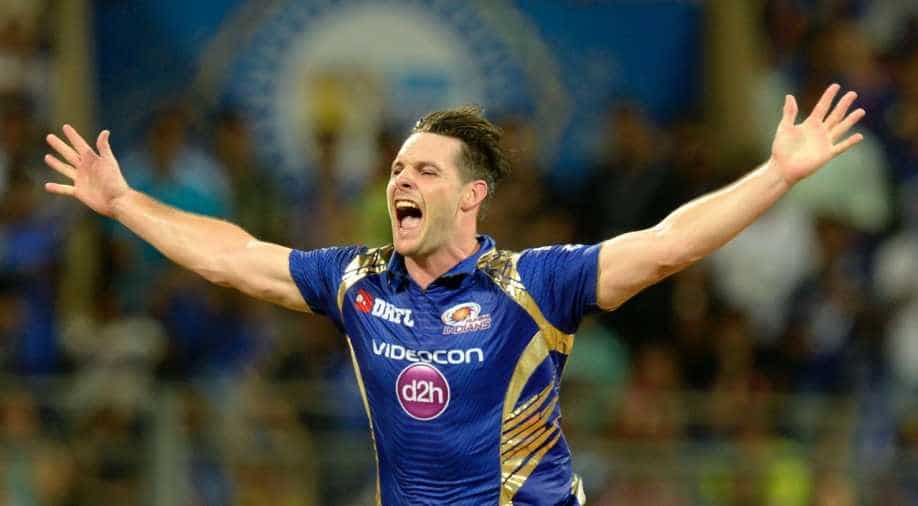 McClenaghan has been one of the most successful bowlers for the franchise during his three-year stint. Photograph:( Zee News Network )

The left-arm pacer was ruled out of the tournament following a back injury.

The replacement was approved and confirmed by the Board of Control for Cricket in India (BCCI) in a press release.

“Mr. Behrendorff is suffering from a back problem and has been ruled out of the IPL 2018. In accordance with the Player Regulations, the Mumbai Indians were allowed to choose a replacement from the Registered and Available Player Pool (RAPP),” the release said.

The release added that McClenaghan, who played for Mumbai Indians in the last three editions, has been picked up by the franchise at his base price of Rs 1 crore.

Meanwhile, Behrendorff was bought by the Mumbai outfit for Rs 1.5 crore.

This will be McClenaghan's fourth season in the IPL. He went unsold in the IPL Auctions held in January.

In the past seasons, he had done well for Mumbai, and took 19 wickets in 14 games last year.