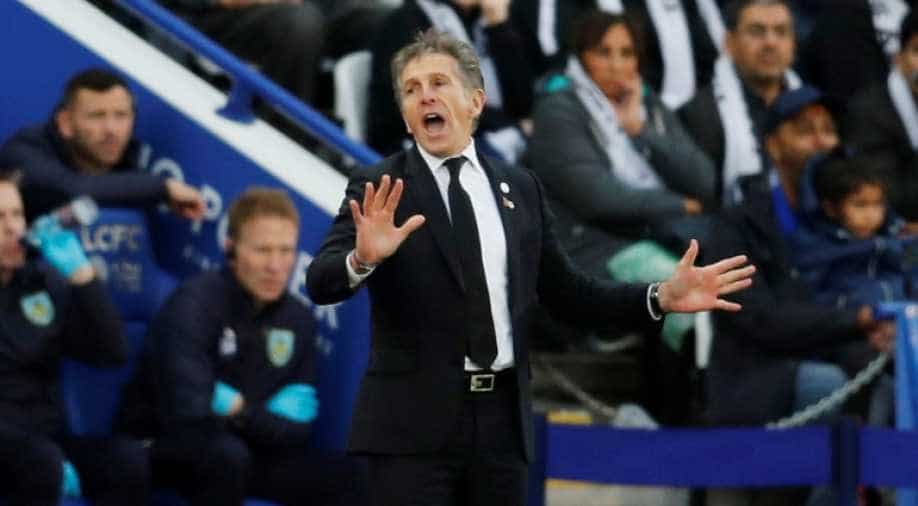 Leicester fought off emotions to defeat Cardiff City 1-0 seven days later and played out a goalless draw with Burnley at home before going into the international break.

Leicester City boss Claude Puel believes the international break helped his players come to terms with the death of club chairman Vichai Srivaddhanaprabha last month and they are ready to fully focus on soccer again, the Frenchman said on Thursday.

Vichai, 60, and four others were killed when the helicopter they were travelling in crashed outside their King Power Stadium after a Premier League game against West Ham United.

Leicester fought off emotions to defeat Cardiff City 1-0 seven days later and played out a goalless draw with Burnley at home before going into the international break.

"It was a good thing for us, for some players, for their bodies, their minds and for the international players... it was important to have this," Puel told a news conference ahead of Saturday's league trip to Brighton & Hove Albion.

"During two weeks, they can forget a little and have their mind with other thoughts... the international players come back with a smile and are happy to come back. The others they work a lot with quality and focus and it was a good thing.

"We have to restore all our focus onto football. This is the most important thing... It's not pressure, it's a responsibility to continue Vichai's vision. I was very proud of my team in the last two games."

Midfielder James Maddison has returned to training after recovering from a knee injury and will be assessed before the match while striker Jamie Vardy is a doubt due to a knock.

Leicester are 10th in the table with 17 points, two places above Brighton.