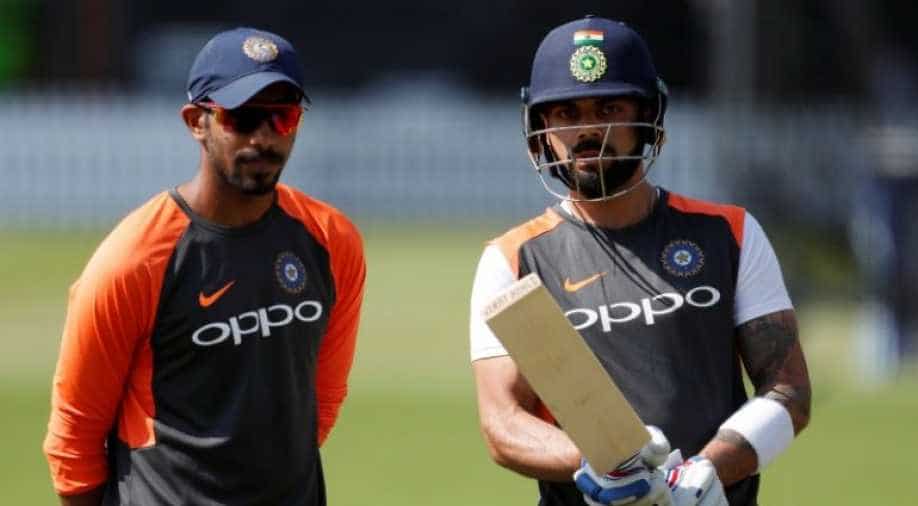 India fast bowler Jasprit Bumrah said he owes his maiden test hat-trick to captain Virat Kohli, who successfully reviewed a leg-before decision which was initially turned down in the ongoing second match against West Indies.

A confident Kohli, however, decided to review and replays showed the ball would have struck the leg stump. The decision was overturned, with Bumrah becoming the third Indian bowler to claim a test hat-trick.

"I was not very sure of the appeal," Bumrah told Kohli in an interview to bcci.tv.

"I thought it was bat (first), so I didn't appeal so much. But it was a good review in the end, and I think I owe the hat-trick to the captain."

Bumrah finished with 6-27 as West Indies were bowled out for 117 in reply India's 416 in the first innings.

It followed the 25-year-old's blistering second innings spell in the opening test where he finished with 5-7. Ishant Sharma took eight wickets in that match and Mohammed Shami chipped in with four as India recorded a convincing 318 runs victory.

Bumrah put down his recent success on pace-friendly tracks to his camaraderie with senior bowlers in the squad.

"There's a lot of communication that goes on the field as well," Bumrah told reporters.

"We got a good relationship all of us, we want to get better every year."

India are closing in on a 2-0 sweep of series after West Indies ended day three at 45-2 while chasing an unlikely target of 468 for victory.