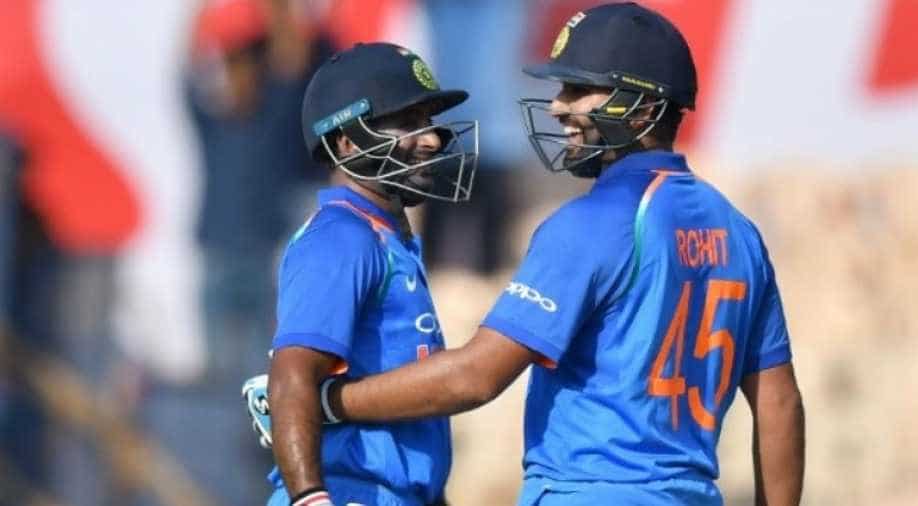 Rohit departed after slamming 162 runs while Rayudu was run-out soon after reaching his century.

Centuries from opener Rohit Sharma and Ambati Rayudu powered India to a mammoth 377 runs against West Indies in the fourth ODI on Monday.

Rohit departed after slamming 162 runs while Rayudu was run-out soon after reaching his century.

Back to his hometown for the penultimate game of the five-match rubber, Rohit compensated for his failure in the third ODI by belting another top-notch hundred, the 21st of his career and the second of the series.

Opting to bat, India got a terrific start with openers Shikhar Dhawan and Rohit making quick 71 runs, before Dhawan lost his wicket.

It was after that Rohit and Rayudu established a partnership over 100 runs to put Indian in command.

Kohli's early departure gave Rayudu, the newly-anointed No.4 the perfect platform to not only stamp his authority but also cement his place in the build-up to the ICC World Cup in 2019.

Wicketkeeper-batsman MS Dhoni, who has been at the receiving end lately, failed to shed his poor form after he was sent back to the pavilion after making 23 runs.

Windies, who levelled the five-match series by winning the 3rd ODI, need 378 runs to win the game.