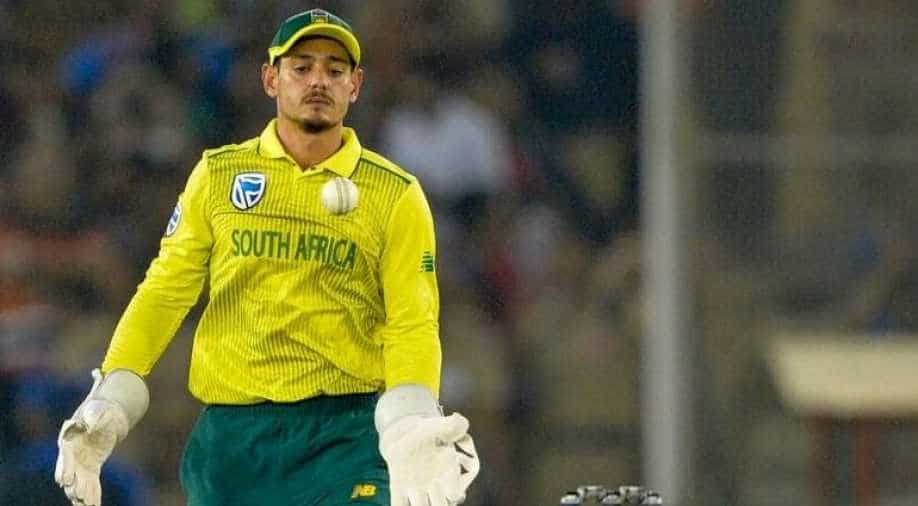 In the wake of his Player of the Series performance, the 29-year-old Quinton de Kock has moved up four positions. After accumulating 229 runs, including a match-winning 124, De Kock is in the top five for the first time since the ICC Men's Cricket World Cup 2019.

In the wake of his Player of the Series performance, the 29-year-old De Kock has moved up four positions. After accumulating 229 runs, including a match-winning 124, he is in the top five for the first time since the ICC Men's Cricket World Cup 2019. During the same period, Van der Dussen advanced 10 spots to achieve a career-best 10th position after scoring 218 runs. Before the latest weekly update, which also includes the Afghanistan-Netherlands series and the final Sri Lanka-Zimbabwe match, captain Temba Bavuma also jumped up to 59th place from 80th.

Shikhar Dhawan, India's leading scorer in the South Africa ODIs, has moved up one spot to 15th on the list, headed by Pakistan captain Babar Azam with Virat Kohli and Rohit Sharma in second and joint-third positions, respectively. A five-place jump propels Rishabh Pant to 82nd place.

In Wednesday's update, South Africa's bowlers have also gained significantly. Following his five wickets in the series, fast bowler Lungi Ngidi is back in the top 20, while spinner Keshav Maharaj is at a career-high 33rd position. Andile Phehlukwayo rose seven places to 52nd, having taken six wickets in the series.

England bowler Jason Roy's 45-run knock in the West Indies' second match helped him move up one spot to 15th in the ICC Men's T20I Player Rankings, while Brandon King of the West Indies rose 28 places to 88th thanks to his unbeaten 52 in the first match.

Rahmat Shah, who scored 153 runs against the Netherlands, has climbed seven places to joint-36th, and Hashmatullah Shahidi has climbed nine spots to 53rd. Scott Edwards' series-leading 208 runs move him up 97 places to 100th for the Netherlands. Likewise, Charith Asalanka of Sri Lanka progressed from 52nd to a career-best 46th position.

As far as bowlers are concerned, Jason Holder is up to a career-best 26th place following his four-for-seven haul in the first T20I versus England, which earned him the Player of the Match award. Following the first two matches, his teammate Akeal Hosein gained 40 places and reached 33rd, placing him in the top 40.