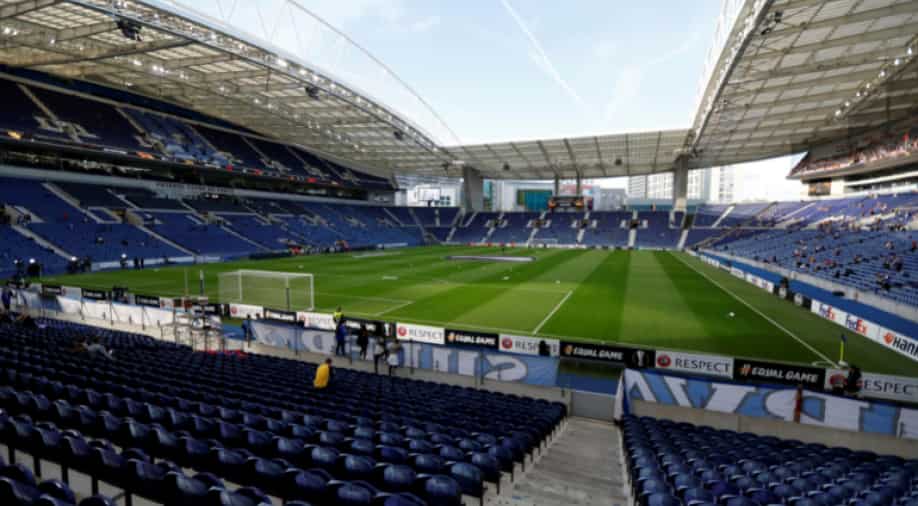 In a statement released on Monday, the Liga Portugal cited the timing and uncertainty surrounding requirements that the country's health authorities will set out, as well as questions over fairness given only home teams would be allowed fans.

Portugal's football league has scrapped plans to welcome fans back into stadiums for the final round of fixtures on Wednesday.

In a statement released on Monday, the Liga Portugal cited the timing and uncertainty surrounding requirements that the country's health authorities will set out, as well as questions over fairness given only home teams would be allowed fans.

"In today's meeting, Board members unanimously decided that conditions will not be met for test-pilot events to take place and thus they are not authorising the return of fans," a Liga Portugal statement read.

"Given the uncertainty remaining about the conditions that health authorities will put in place, it would be impossible to prepare an implementation plan just one day before the games take place.

"This important reason is also compounded by the fact that the penultimate round of games did not have any fans in the stadiums.

"Now, given different objectives are still up in the air, allowing only one of the teams to have fans in the ground would be a grave distortion of sporting integrity and fairness amongst the sides."

The statement did, however, confirm the league would begin talks with the relevant authorities to ensure that fans could return to grounds for the beginning of the 2021-22 season.

Earlier this month Sporting won their first Primeira Liga title since 2002 but the relegation places are still to be decided with three points separating second-bottom Farense from Portimonense in 14th. Nacional have already been relegated.

This is the first season where there will be a relegation playoff, with the team that finishes third from bottom pitted against the third-placed team in the second division.

Porto's Estadio do Dragao stadium is due to host this season's Champions League final on May 29 between English clubs Manchester City and Chelsea.

European football's showpiece event was scheduled to be in Istanbul but UEFA shifted the final to Porto after Turkey was placed on the British government's red-list for travel, meaning English fans would not have been able to attend.

Portugal on Monday allowed British tourists to re-enter the country without undertaking a period of quarantine and is also on the UK's green list for travel.