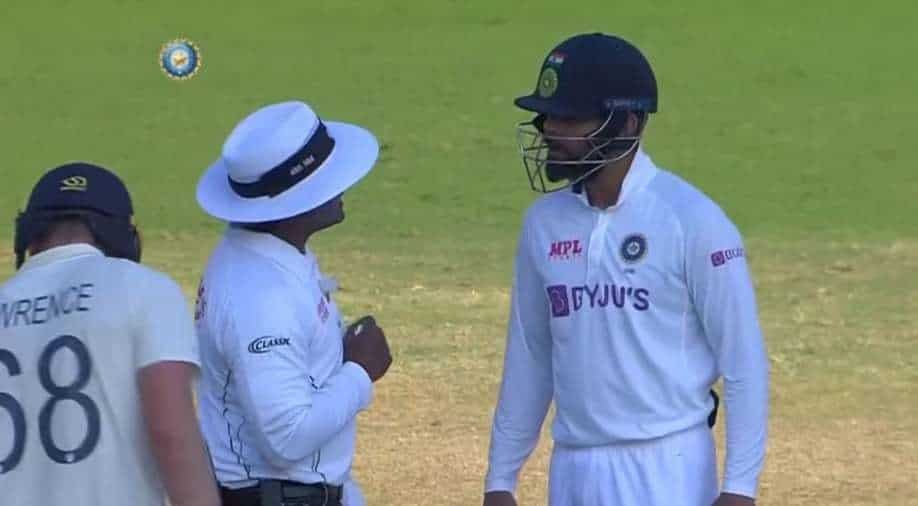 Pope said that skipper Joe Root and Ben Stokes felt that it was one of the toughest conditions that they have played in.

England batsman Ollie Pope revealed that Indian skipper Virat Kohli came up to him during the first Test of the four-match series at Chennai and said that 'this is the last of the flat wickets'.

"In the second innings the pitch started spinning quite a lot," Pope said during Surrey's pre-season media day at the Oval. "I remember standing at the non-striker's end and Kohli came up to me and said 'this is the last of the flat wickets'. At that point I knew it was probably going to be quite a challenging rest of the series from a batting point of view."

The first Test was the only match when Root and Co. withstood the Indian spin attack as they defeated the hosts. However, after the match, India bounced back and won the remaining three matches.

Pope said that skipper Joe Root and Ben Stokes felt that it was one of the toughest conditions that they have played in.

"Chatting to the more experienced guys like Joe Root and Ben Stokes, those guys were pretty much saying exactly the same: these are the toughest conditions they've played in," Pope said. "If those guys are saying it as well, you know how challenging it is.

"I'm not saying [India] felt they had to produce those wickets, but the fact they've gone away from their flat wickets for three days, then spin on day four and five, which is generally the theme out there, it was quite a compliment to us in how we went about our business and a compliment to our bowlers.

"That shot us in the foot a little bit but it's a good compliment to us as a team because they obviously felt they had to change their gameplan," he said.