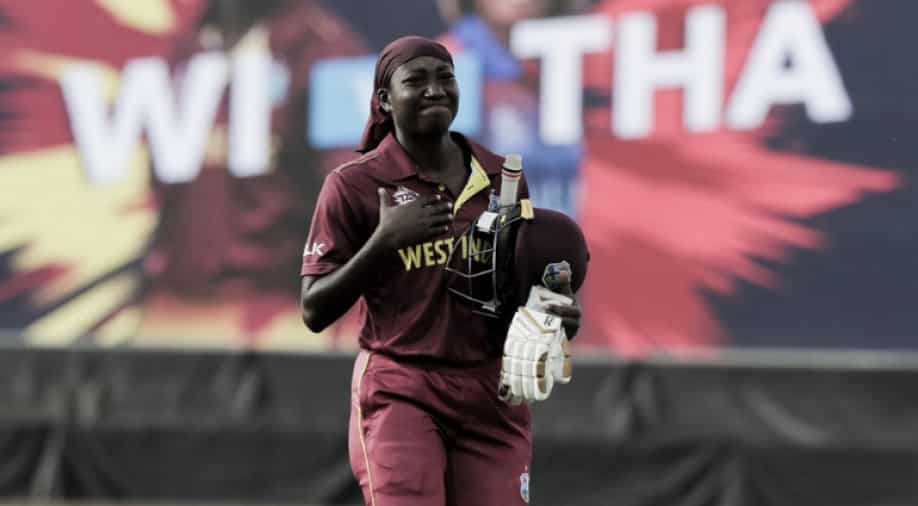 Stafanie Taylor’s Player of the Match effort of three for 29 and an unbeaten 105 have helped her ascend all three lists.

West Indies captain Stafanie Taylor has recaptured the number one position in batting as well as in the list of all-rounders in the ICC Women’s ODI Player Rankings after a superb effort in the first ODI in Coolidge that helped the West Indies win by five wickets against Pakistan.

Taylor’s Player of the Match effort of three for 29 and an unbeaten 105 have helped her ascend all three lists. She has gained four positions and displaced India captain Mithali Raj from the top of the batters’ list, has gained three places to reach 16th position among bowlers, and is up two places to first among all-rounders, replacing Ellyse Perry of Australia.

Taylor, who has been No.1 in all three lists in the past at different points in time, first attained number position among batters in March 2012, and the last time she was at the top was in November 2014. In the all-rounders’ rankings, she was the last number one in July 2017.

The latest weekly update, which includes performances in the first two ODIs of the West Indies-Pakistan series, also sees all-rounder Deandra Dottin reenter the rankings in 28th position among batters and 47th among all-rounders. Kyshona Knight is up to seven places to 53rd among batters while spinner Anisa Mohammed up two places to 26th and fast bowler Shamilia Connell up four places to 39th have moved up among bowlers.

For Pakistan, spinner Nida Dar has gained three places to reach 29th position and pace bowler Diana Baig is up to one place to 32nd. Ayesha Zafar has reentered the batting rankings in 83rd position after scores of 46 and four in the two matches and opener Muneeba Ali is up 47 places to 88th after scoring 36 and 37.

In the ICC Women’s T20I Player Rankings, carried out after the first two matches of the ongoing England-India series, Natalie Sciver of England has progressed two places to ninth position among batters after a knock off 55 in the first match while India all-rounder Deepti Sharma is up to two places to 37th.

In the bowlers’ list, Poonam Yadav (up five places to seventh) and Shikha Pandey (up eight places to 27th) are the main gainers for India while England’s Freya Davis has gained two slots and is now 64th.