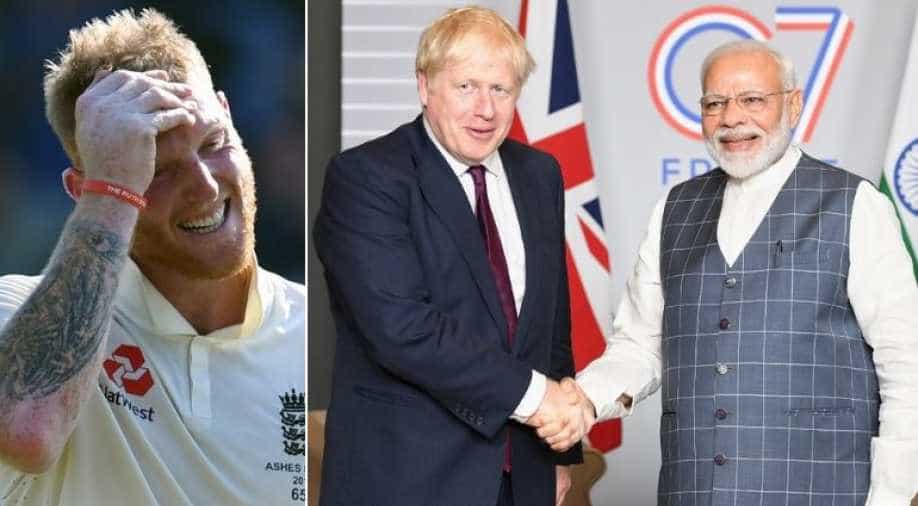 PM Modi begins by congratulating PM Johnson on England's spectacular win in the Third Test of the Ashes. Photograph:( AFP )

British and Australian leaders briefly set aside talks on global trade, security and the environment on Monday for a spot of jovial banter about cricket after England beat Australia in dramatic fashion.

Britain's Boris Johnson met Australian Prime Minister Scott Morrison on the sidelines of a G7 summit in the French resort of Biarritz a day after England cricketer Ben Stokes dragged his country from the point of defeat to a narrow victory.

Smiling and shaking hands at the start of their meeting Morrison congratulated Johnson on the result, which evens up this year's Ashes duel between cricket's oldest international rivals. The series of five matches runs into September.

"We're not taking anything for granted," Johnson replied as the two men posed for photographers.

Johnson first heard of England's win, which for much of the match had seemed impossible, when Indian Prime Minister Narendra Modi broke the news during a meeting on Sunday. He later called for an iPad and watched the highlights between engagements.

Morrison tempered his well-wishes to Johnson by joking, "Two to go, two to go", referring to the final two games of the series, which is now tied at 1-1.