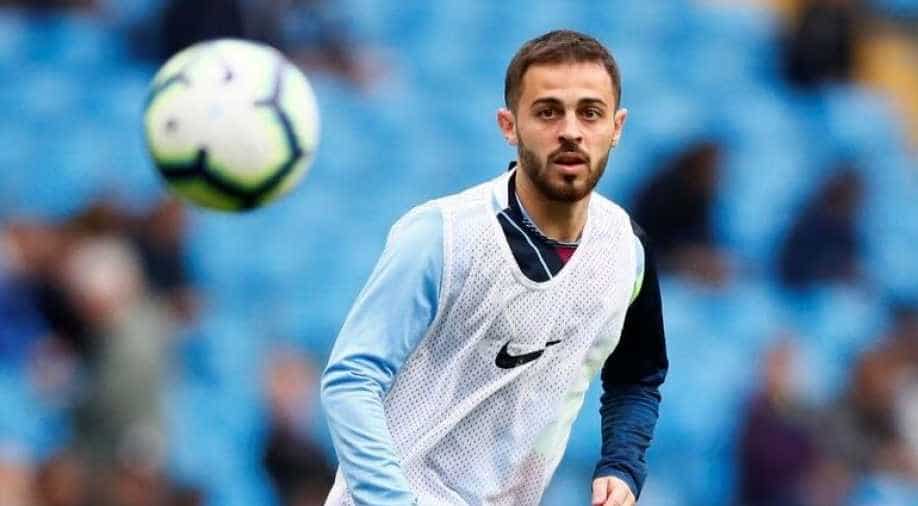 Silva posted a message comparing Mendy to the character used in the logo for Conguitos, a brand of confectionary popular in Spain and Portugal

Manchester City midfielder Bernardo Silva has come under fire from anti-racism body Kick It Out after a Twitter post concerning team mate Benjamin Mendy that he deleted an hour after posting.

Silva, who scored a hat-trick in Manchester City's 8-0 hammering of Watford on Saturday, posted a message comparing Mendy to the character used in the logo for Conguitos, a brand of confectionary popular in Spain and Portugal.

"We are extremely disappointed to see the tweet posted by Bernardo Silva, which has since been deleted," Kick it Out said in a statement on Monday.

"Racist stereotypes are never acceptable as 'banter', and we're shocked that someone who is a role model to millions has failed to understand the discriminatory nature of his post."

Kick It Out said the FA had been notified and that they believe "retrospective action" should be taken, including "mandatory education".

Silva, who deleted the post an hour after it was published on Sunday, posted another message saying "Can't even joke with a friend these days....you guys."

The two players were teammates at Monaco before joining Manchester City in 2017.