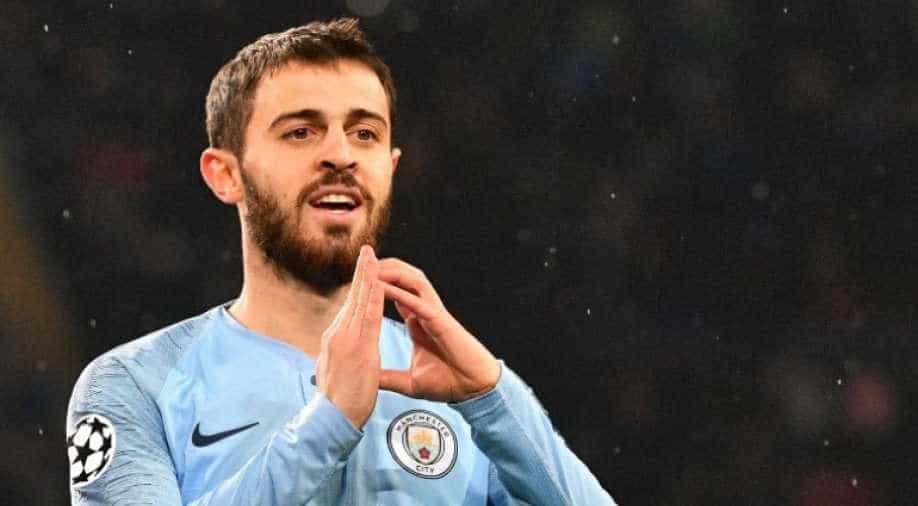 The defeat against Manchester City was United's fourth defeat in 12 games and left them eighth in the table.

Manchester City's Bernardo Silva reckons a derby win over Manchester United has dealt a huge blow to their local rivals' title hopes, saying Jose Mourinho's men would need to be "almost perfect" between now and the end of the season if they were to win the Premier League.

City, the reigning English champions and Premier League leaders, opened up a 12-point lead over United with a 3-1 victory at the Etihad Stadium on Sunday.

Goals early in each half from David Silva and Sergio Aguero put City in command at 2-0 up before United pulled one back through an Anthony Martial penalty just before the hour mark.

This was United's fourth defeat in 12 games and left them eighth in the table.

Before kick-off City manager Pep Guardiola had insisted United would remain title contenders even if they lost, but Silva was not so sure.

"It won't be easy. Not only Man City -- (they are) 10 points from Liverpool, a lot of points from the other ones as well," Silva said.

"They need to be almost perfect and wait for the other ones to lose a lot of points. I think it won't be easy," the Portugal international added.

Silva, who provided the final cross from which Gundogan scored, was proud of the way City responded after Martial gave United hope of a comeback.

"After their goal we knew they would have confidence to try to come for a second but I think our performance was amazing. We didn't concede one chance -- only the penalty.

"I think the team was very concentrated, very focused on what we had to do," Silva added.

But at the same stage last term they led the table by eight points and yet they are now just two clear of second-placed Liverpool.

"We know it won't be easy this season," Silva said. "Liverpool are doing a fantastic Premier League as well.

"We want to try to and have a bigger gap during the months of December and January, where you have a lot of games. We will work very hard for that and try to improve on this."

Meanwhile, United defender Victor Lindelof believes his side should have been more aggressive following Martial's goal.

"After we scored after our first goal we could have been a bit more aggressive and tried a little bit more," he told MUTV, United's own television station.

"After that goal they were quite nervous and it felt like we could have scored another, but they scored a third goal instead.

"We had quite a lot of possession, but we didn't really come in behind their defensive line into their last third of the pitch. We tried and it felt like we could've hurt them more."

Defeat let United as close to a Cardiff side in the relegation zone as they are to City.

But when this point was put to United manager Mourinho, he replied by saying: "I think we are not going to be relegated."