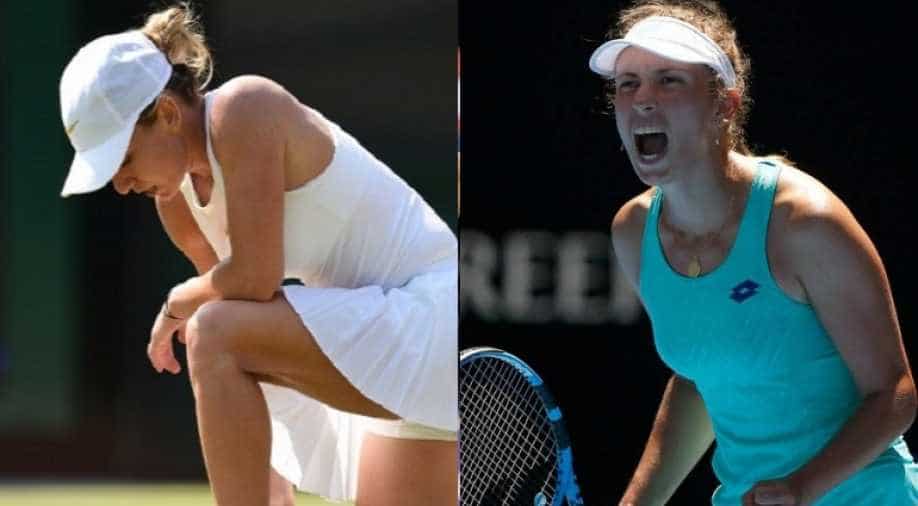 Belgium's Elise Mertens claimed the biggest win of her career on Saturday, surprisingly coming from a set down to beat world number three Simona Halep and clinch the Qatar Open.

The world number 21 won 3-6, 6-4, 6-3, despite being outclassed in the first set, overcoming an eight-minute medical timeout for back pain in the second set, and losing 18 consecutive points at one stage in the match.

"It's a big moment for me, getting that victory," said a jubilant Mertens, 23, afterwards.

"I think this one would be, especially also with my tennis I played, the nicest one, nicest victory."

Her win, in a little over two hours, was her third victory over a top ten player in Doha this week, and her second over a Grand Slam champion.

Halep is the reigning French Open champion and Angelique Kerber, who she beat in the semi-finals, holds the Wimbledon title.

Qatar is the fifth title of Mertens' career but notably her first at a Premier-level event. She said it outshone her achievement in getting to the Australian Open semi-finals in 2018.

At 2-0 down in the second, it looked like it was going to turn into a routine victory for Halep.

"I couldn't say I was really nervous," she added, "but I think my shots went long. "So, I really had to accelerate a little bit better to keep it in the court."

Mertens broke back, then called for medical attention and was the stronger player for the remainder of the game.

She could rise as high number 16 in the next rankings because of her victory in Doha.

Coincidentally her ranking of 21 coming into the tournament was exactly the same as last year's winner in Doha, Petra Kvitova.

'I didn't have a chance'

A clearly fading Halep, who played in the Fed Cup last weekend when she led Romania into the semi-finals for the first time, also called for medical assistance for treatment to a blister on her right foot.

"I was really tired in the third set, I couldn't have the chance to win this match," said Halep, who won the Qatar title in 2014.

"I had to be 100% to be able to win such a big match. But she deserved to win, she was stronger, she was fresher. I'm not making a drama."

Halep added that she "needed rest", but would definitely play in Dubai next week. Despite her defeat, the Romanian will head back to number two in the rankings on the back of her performances in Doha.