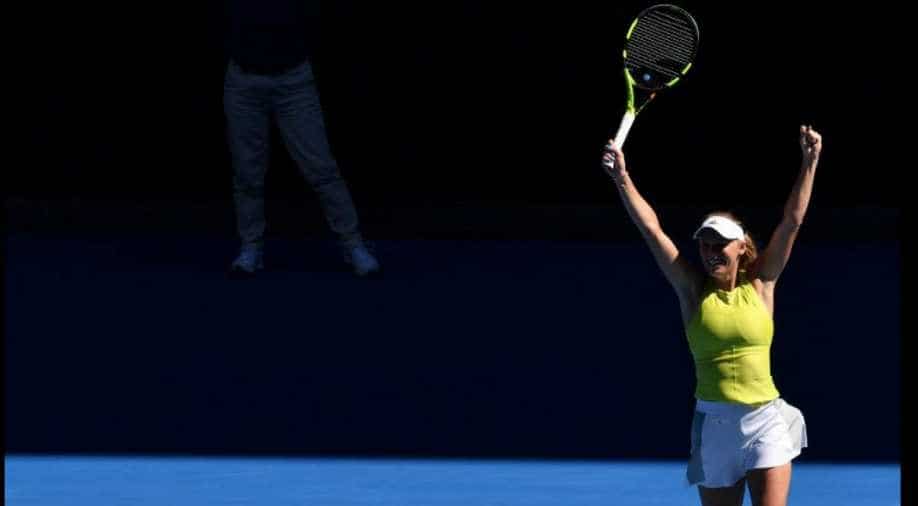 Caroline Wozniacki saved two match points to scrape through to the third round of the Australian Open on Wednesday after being 5-1 down in the final set to unheralded Jana Fett.

The number two seed somehow prevailed after a titanic struggle 3-6, 6-2, 7-5 against the little-known Croat on a searing Rod Laver Arena in two hours and 31 minutes.

The Danish former number one teetered on the brink of becoming the latest big-name casualty in the bottom half of a draw that has become the seeds' graveyard when Fett held two match points.

"That was crazy, I don't how I got back the in the match. She really took her shots, she had nothing to lose," said Wozniacki

1-5 down and facing two match points. @CaroWozniacki did not give up. #AusOpen pic.twitter.com/f6BHNDFfue

But when in sight of by far the biggest win of her career, the world 119's nerves got the better of her as Wozniacki reeled off 10 points in a row to spark a winning run of six unanswered games.

"Experience was crucial," said Wozniacki. "I think she suddenly realised at 5-1 what was happening and I just had to attack and take advantage of it."

On Monday fifth seed Venus Williams, 10th seed CoCo Vandeweghe and 13th seed and reigning US Open champion Sloane Stephens all made early exits, meaning the bottom half of the draw is now wide open.

Wozniacki will continue her quest for a first Grand Slam title next against either Kiki Bertens of the Netherlands or American Nicole Gibbs for a place in the last 16.