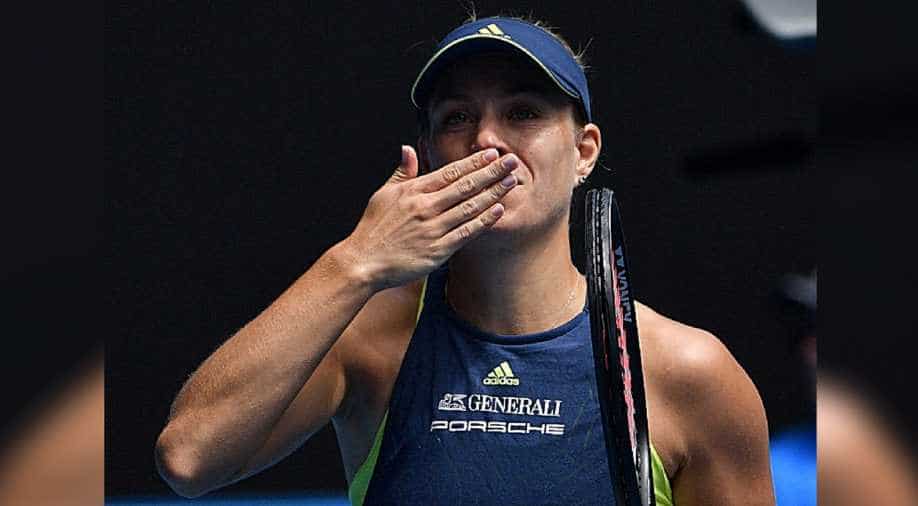 Angelique Kerber entered the semi-finals of the Australian Open with a 6-1, 6-2 demolition of US Open finalist Madison Keys on Wednesday on Rod Laver Arena.

The German 21st seed took just 51 minutes to crush the American 17th seed and will face either world number one Simona Halep or sixth seed Karolina Pliskova for a place in Saturday's final.

Madison Keys lost many chances in the first set and opened with two double faults and from there itself, Kerber led the game and brushed Keys away in a one-sided game.

“I love to play here, there’s so many great memories… I’m just happy to get through and make the semis again here.”⁰⁰

“I love to play here, there are so many great memories… I’m just happy to get through and make the semis again here.”

"It's always tough to play against Madison," said Kerber, who also won the US Open in 2016.

"She is hitting the ball so hard and I was just trying from the beginning, like I played the whole week, just to play my game.

"I love playing in Australia and on Rod Laver Arena. I have so many good memories here."

"I'm just happy to get through and be here in the semis."

Back where she belongs.@AngeliqueKerber will return to the top 10 at the end of #AusOpen 2018. pic.twitter.com/2Rqt8Yhf2q