'Antoine Griezmann is a great player and will help us a lot,' says Sergi Roberto 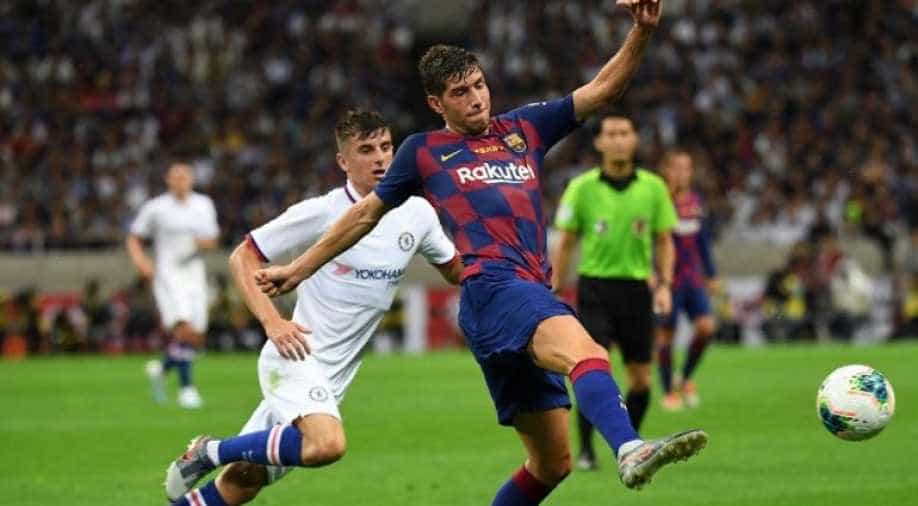 During a post-match chat after defeating J-League outfit Vissel Kobe 2-0 in a pre-season friendly on Saturday, Roberto said, "He (Griezmann) is a great player. He arrived to be better than last year."

Barcelona coach Ernesto Valverde is also confident that Griezmann will have no problems linking up with strike partners Lionel Messi and Luis Suarez.

"It's true that some players who are a good fit in together easier," said Valverde.

"We will see the relationship socially and at the camp. We are excited about this opportunity," said the coach.

"We believe in balance in the team, in front or in the back, he (Griezmann) moves quick, he passes well, and finds space and this is what we were missing," added Valverde.

Win over Vissel Kobe wrapped up Barcelona's pre-season friendlies in Japan following their 2-1 loss to Chelsea earlier this week. Catalans' next pre-season match is against Arsenal at the Nou Camp on August 7.

Barcelona will start their La Liga campaign against Athletic Club Bilbao on Saturday, 17th August and Chelsea will start their Premier League season with a mouth-watering clash against Manchester United on August 10.