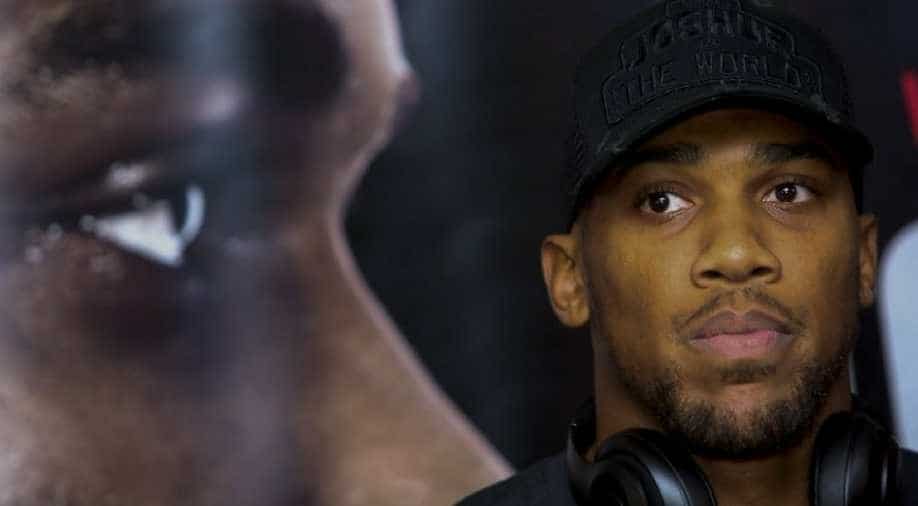 Joshua will put his World Boxing Association and International Boxing Federation belts on the line against Parker Photograph:( AFP )

Heavyweight boxing moved closer to having an undisputed world champion after it was announced Sunday that Britain's Anthony Joshua and New Zealand's Joseph Parker will meet for a multiple title bout in Cardiff on March 31.

Joshua will put his World Boxing Association and International Boxing Federation belts on the line against Parker, the World Boxing Organisation champion.

"I would like to announce the official news that myself and Joseph Parker will be fighting on March 31 at Principality Stadium in Cardiff," said Joshua.

"These fights aren't easy because there is a lot on the line, so respect to team Parker for taking the challenge. I am looking forward to it, training camp is underway and before you know it March 31 will be upon us."

Joshua, the London 2012 Olympic super-heavyweight champion, unified the WBA and IBF titles with a dramatic and hard-fought win over Wladimir Klitschko at Wembley in April before retaining both belts against Carlos Takam in a late-stoppage win in Cardiff in October.

Parker's performance against Fury did not impress some ringside observers.

But Parker was adamant his punching power would test Joshua.

"Anthony Joshua is in for a huge shock," he said. "A couple of months ago I heard him say 'why should I be worried about this little kid from New Zealand'?

"My entire existence is now devoted to proving what the boxing world already knows."

"I'm delighted to get this fight made –- it's been a long time coming," said Joshua’s promoter Eddie Hearn.

"Champions should fight champions and AJ continue to step up to the challenges."