WION Exclusive: Myanmar will have civil war if fighting goes on, warns envoy to UK ousted by junta 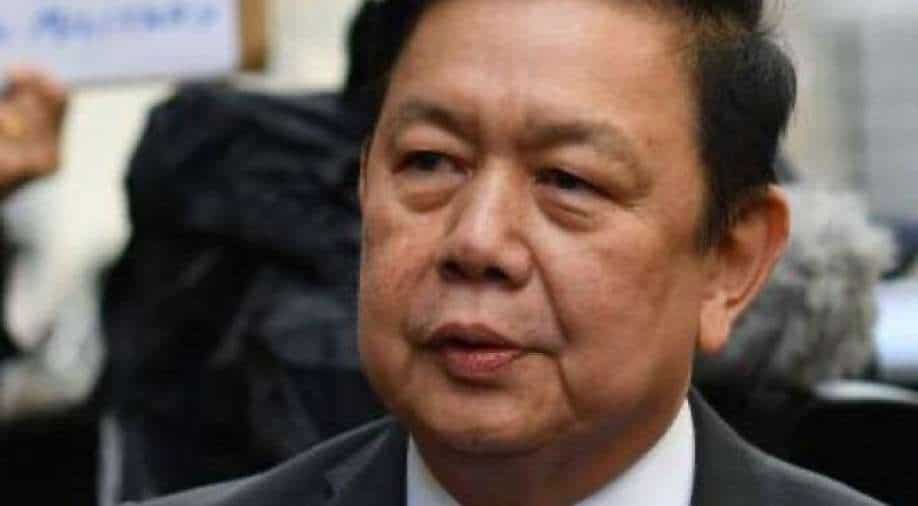 In an exclusive interview to WION, Ambassador Kyaw Zwar Minn, who has been prevented by the junta from accessing the embassy in London, also hit out at China over its stance on the coup in Myanmar, and asserted that the newly formed unity government should be allowed to attend the ASEAN summit on the crisis

Ambassador Kyaw Zwar Minn was locked out of the embassy in UK by Myanmar's junta earlier this month. In an exclusive online interview to WION, he shares the prognosis for the crisis created by the military coup in February.

He said the country will see a civil war and total destruction if negotiations are not held. Pointing out that China is arming both the military and ethnic armed groups, he said Beijing should ask the junta to stop the violence and killing its own people.

The ambassador also expressed support for the newly formed national unity government, saying it should be allowed at the ASEAN summit on the Myanmar crisis on April 24, which is to be attended by the military junta's chief.

Here is the interview:

WION: As we speak, the brutal crackdown against the coup continues. You were unceremoniously ousted from the embassy.  What is your current status in the UK?

Kyaw Zwar Minn: UK government allows me to stay here for 31 days (starting 8th April) with P&Is (Privileges and immunities). During the 31 days, I need to keep my stuff and prepare for leaving.

WION: Along with the UK, you are also the ambassador to Ireland, Sweden and Denmark. What is currently your diplomatic status in those countries?

Kyaw Zwar Minn: I am sure that the military regime already sent official letters to these countries for eliminating my ambassador status.Till now, I don't see any announcements about me from these foreign ministries. I wish I could be still recognised as ambassador.

WION: You have said that your friends and relatives at home have been forced into hiding fearing reprisals from the military regime. When did you speak to them last, and could you share with us how they are now?

Kyaw Zwar Minn: I don't want to talk about this.The less I talk, the more safe they are.

WION: Since the February 1 coup, more than 3,100 people -- the bulk of them anti-coup protesters and activists -- have been detained. Over 700 people have been killed. How do you plan to continue raising your voice?

Kyaw Zwar Minn:  I believe that we have only one peaceful resolution, that is at the negotiation table. As I am a diplomat and an ambassador, I would like to see a peaceful resolution. Stop killing people and release Daw Aung San Suu Kyi  and president etc. Some people don't agree with my way. They would like to fight back military Regime. If fighting keeps going, we will have "Civil War" and total destruction.

WION: The EU, US and Britain have already imposed sanctions on the junta. Do you think that enough is being done to pressurise the regime?

Kyaw Zwar Minn: The military regime has been receiving so many sanctions since 1962. They also have a lot of "strongly condemned" messages from the [United Nations] Security Council. They have learnt many many lessons.I don't think sanction is enough but I believe it is one of the tools for pressurising the regime.

Kyaw Zwar Minn: I don't think they (regime) are going to step back. But a political solution could be to stop Myanmar people dying inside.

WION: The Myanmar military says that the elections were fraudulent and hence it detained the political leadership. In your view, what is the real reason for the actions of the junta?

Kyaw Zwar Minn: Well, they would like to purge Daw ASSK from the future of Myanmar political' stage. They have so many reasons and propaganda: 'because she married a British citizen, she is close with Western countries, she is a puppet of UK and USA etc.'

WION: How do you view China's role in the Myanmar crisis, as we have seen many Chinese factories being targeted by angry protesters?

Kyaw Zwar Minn: China has a vital role for Myanmar History. We had fought three wars with the Chinese in our Kings' era. Our country was affected by Chinese Culture Revolution. Chinese troops supported the Myanmar Communist Party.  When China's transition from a planned economy to a market economy began at the end of 1978, the Chinese stopped supporting Myanmar communist party. After that, military regime has good relationship with Chinese again.

Chinese used  so many vetoes for Myanmar at Security Council and at the same time is selling arms to Myanmar Army as well as to ethnic armed groups, and investing in multi-billion dollar projects including Kyauk Phyu sea port and gas pipeline from Myanmar to Yunnan province. People of Myanmar understand the Chinese and regime are very close and that's why they attacked Chinese infrastructure.

The Myanmar issue is very important for Chinese as well. They need to convince the regime to stop violence and stop killing their own people. Otherwise they will face a lose -lose situation in Myanmar.

WION: Despite the crackdown, the protests show no sign of ebbing. What have sources from the ground back home told you? What is the mood in Myanmar?

Kyaw Zwar Minn: Most of the protesters have no arms. Some created handmade weapons. Even they don't have enough weapons. As you mentioned, there is no sign of ebbing. I always pay my respect for their bravery and salute the people who died  for democracy.

WION: Now that the junta chief Min Aung Hlaing is set to attend the ASEAN summit on April 24, do you think the regional grouping can play a role in bringing about a solution to the crisis? Also, do you agree that the newly formed National Unity Government (NUG) should be allowed to attend the summit talks as it had demanded?

Kyaw Zwar Minn: First of all, I would like to say I support NUG. NUG deserves to attend the summit and to be recognised as a legitimate government by a whole world.