Will not tolerate logjam in judges' appointment: Supreme Court of India 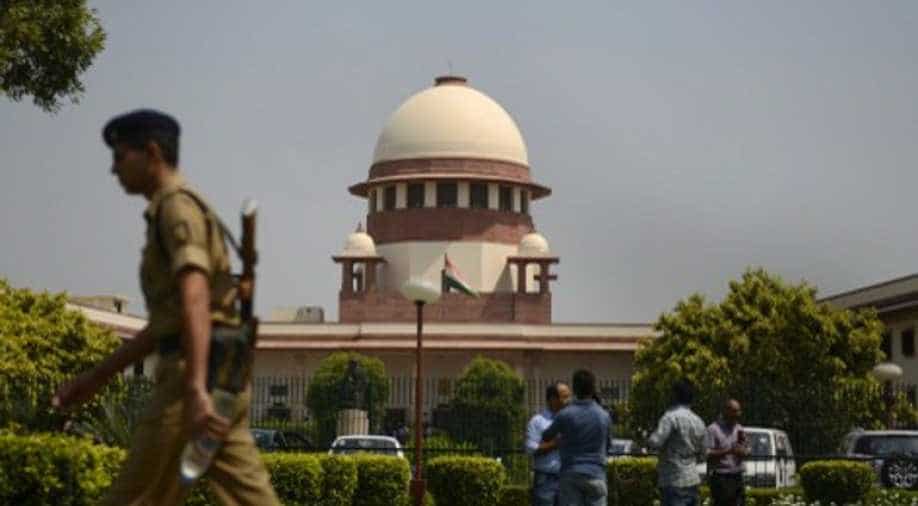 The apex court said it would intervene to "fasten accountability as the justice delivery system is collapsing". Photograph:( AFP )

Refusing to accept the Indian government's recommendations on the appointment of judges of the various high courts, the Supreme Court of India today said that it has sent back the names of 43 judges for reconsideration.

The government told the court on Tuesday that it had cleared the names of 34 out of the 77 recommended by the apex court Collegium for appointment.

"We have reiterated 43 names for the appointment as judges of high courts which were rejected by the government and have been sent back for reconsideration," a bench comprising Chief Justice T S Thakur and A R Dave said.

The government apprised the court that no file was pending with regard to the appointment of judges. This came after the apex court had rapped the government for delay in the process, saying the entire institution cannot be brought to a grinding halt.

The apex court maintained that it would not tolerate "logjam in judges' appointment" and would intervene to "fasten accountability as the justice delivery system is collapsing".

It had even warned that it may summon the secretaries of the PMP and the law and justice ministry to ascertain the factual position.