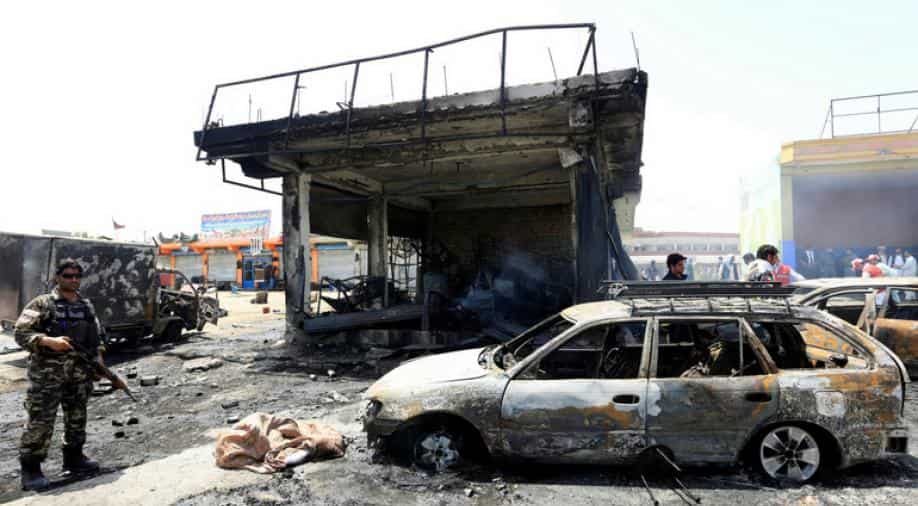 The attack took place in Lashkar Gah, the provincial capital of Helmand, a southern province bordering Pakistan that has seen some of the fiercest fighting of the Taliban insurgency.

A suicide bomber killed eight people in Afghanistan's southern province of Helmand on Tuesday, including a candidate in upcoming parliamentary elections, the latest in a series of deadly attacks targeting the vote, officials said.

The election candidate, Saleh Mohammad Achekzai, was killed in the blast at an election rally in Lashkar Gah, the capital of Helmand, Omar Zwak, the provincial governor's spokesman confirmed. At least 11 people were wounded.

No group has claimed responsibility for Tuesday's attack in the province bordering Pakistan that has seen some of the fiercest fighting of the Taliban insurgency.

Taliban militants have ramped up attacks in strategic provinces ahead of the October 20 election, and ordered Afghans on Monday to boycott voting, while demanding a complete withdrawal of foreign forces as the only way to end the 17-year-old war.

Hundreds of people have been killed or hurt in violence linked to the election, with two major attacks in the capital, Kabul, in April and in Khost province in May, but security officials say attacks could pick up as polling day nears.

Violence has surged in the run-up to the vote, which militants have vowed to disrupt. At least 13 people were killed and more than 30 injured in a suicide attack at an election rally in the eastern province of Nangarhar this month.

Almost 9 million voters and 2,500 candidates competing for places in the 249-seat lower house have been registered and campaigning officially began late last month.

In addition, one seat is reserved for the Sikh community, which was targeted by a suicide bombing in July.

A spike in militant violence has forced candidates to hold closed-door rallies and avoid mass gatherings.