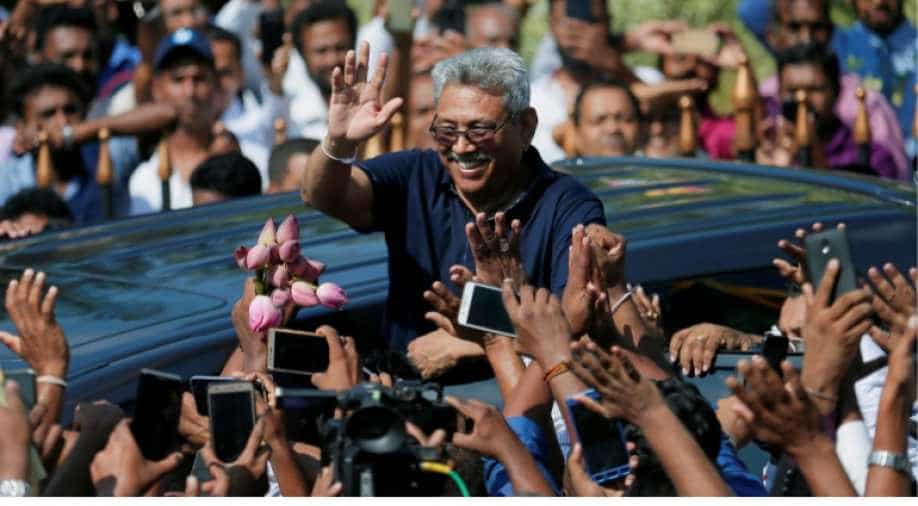 Rajapaksa, the younger brother of former president Mahinda Rajapaksa, is seeking to renounce his US citizenship to enable him to run in Sri Lanka`s presidential election this year.

Sri Lankan torture victims have filed 10 new claims for damages in a US court against wartime defence chief Gotabaya Rajapaksa, lawyers for the plaintiffs and a rights group said, possibly jeopardising his plan to run for president.

Rajapaksa, the younger brother of former president Mahinda Rajapaksa, is seeking to renounce his US citizenship to enable him to run in Sri Lanka`s presidential election this year, and lawsuits over alleged human rights abuse during the war against separatist Tamil fighters could complicate his bid.

The plaintiffs have alleged that Rajapaksa was from 2005 to 2015 in command of security forces who systematically abducted, tortured, raped, and extorted money from suspects, the South Africa-based International Truth and Justice Project (ITJP) and US law firm Hausfeld that filed the case in the US District Court in central California said on Wednesday.

Rajapaksa was a US citizen at the time. He has dual citizenship.

The victims were branded with hot metal rods, whipped with cables and asphyxiated with plastic bags soaked in petrol, the law firm and the rights group said in a statement.

The 10 plaintiffs include three women. Eight of the plaintiffs are ethnic Tamil and two from Sri Lanka`s majority Sinhalese community.

Six of them were repeatedly raped and sexually assaulted, the law firm and rights group said in the statement.

Lawsuits in the United States could delay his bid to renounce his US citizenship, and he would not be able to run for president with US citizenship.

A spokesman for Rajapaksa rejected the allegations and said the lawsuits were aimed at tarnishing his image ahead of the election, which is expected by December.

"This kind of mud-slinging propaganda ahead of elections is not new," the spokesman, Milinda Rajapaksa, who is not related to Gotabaya, told Reuters.

"But we don`t see any impact on the former defence secretary contesting in the upcoming presidential poll."

Rajapaksa, along with his brother, is credited with having crushed the Tamil Tiger insurgent group in 2009 but he has long been dogged by accusations of human rights violations, especially in the closing stages of the 26-year war.

Two cases were filed in the California court in April against Rajapaksa, one of them by the daughter of a murdered investigative journalist saying it was an extrajudicial killing.

Several security officials who were accused of abuse during the war remain in government, the ITJP said.

"That alleged perpetrators remain in key investigative positions in the police force shows why Sri Lankans have been unable to achieve justice inside the country,” said the group`s executive director, Yasmin Sooka.

''Bringing a case abroad is their only option.''