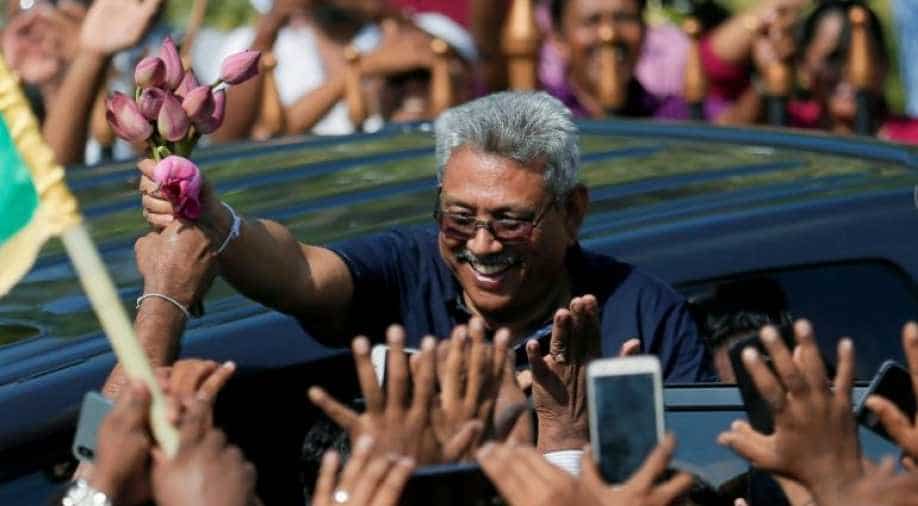 Gotabaya Rajapaksa, 70, served under his older brother, ex-president Mahinda Rajapaksa, and is widely seen as the frontrunner in a presidential election that must be held before December 9.

Gotabaya Rajapaksa, 70, served under his older brother, ex-president Mahinda Rajapaksa, and is widely seen as the frontrunner in a presidential election that must be held before December 9.

Gotabaya is immensely popular among Sri Lanka's powerful Sinhala Buddhist majority, who credit him with ending the island nation's 26-year-long civil war in 2009 and believe Colombo needs a seasoned hand after the April 21 Islamist bombings.

But critics say that during the civil war Gotabaya crushed the dissident Tamil Tigers with little regard for human rights, allowed abductions and gave consent to extrajudicial killings. He has rejected all the allegations.

On Sunday, thousands thronged a huge indoor stadium in the heart of the capital Colombo for the Sri Lanka Podujana Peramuna (SLPP) party's convention.

The place echoed with cheers of "victory for you" when Mahinda named Gotabaya as the SLPP's presidential candidate.

"I will accept responsibility for your safety, and the safety of your children and your loved ones," Gotabaya said to cheers as supporters waved posters of his smiling face.

Gotabya vowed that, if elected, he would prioritise Sri Lanka's national security and the revival of its economy, which has been hit by a lull in tourism after the attacks.

Sri Lankans are still reeling from the Easter Sunday bombings, when militants blew themselves up in luxury hotels and churches killing more than 250 people and shattering the island's decade of relative peace since the end of the civil war. Islamic State claimed responsibility for the attack.

Voters were furious when it emerged repeated intelligence warnings from India about an impending attack had not been acted on. President Maithripala Sirisena, the leader of centre-left Sri Lanka Freedom Party, and Prime Minister Ranil Wickremesinghe, from the centre-right United National Party (UNP), have traded blame over the missed warnings.

Most Buddhist leaders and some victims of the terror attacks have since openly expressed their desire for the Rajapaksa family to return to power.

Gotabaya on Sunday sought to extend an olive branch to non-Buddhists, who make up roughly 30 per cent of the population, and the Tamil community.

"I pledge to create a safe and secure environment in which all Sri Lankans, irrespective of their race or religion, will be able to live in peace," he said to an audience which comprised of several saffron-clad Buddhist monks, seated higher than the others to signify their status in Sri Lankan society.

Other parties have not formally announced their presidential candidates but Gotabaya's main challenger is expected to be Housing Minister Sajith Premadasa, a UNP politician who is also popular with hardline Buddhists.

The fifth of nine siblings, Gotabaya was raised in the southern rural area of Hambantota. His family became one of the most politically-powerful dynasties on the island of around 22 million people.

Under Mahinda's administration, Gotabaya was in charge of defence and urban development, while his brothers Basil and Chamal were the economy minister and speaker respectively.

Mahinda, who served as president for a decade until 2015, is constitutionally barred from a third term and currently leads the opposition. Last year, he attempted to capture power and return as prime minister, a move which was thwarted by the country's top court.

Opponents of the Rajapaksas have criticised what they deem dynasty politics.

"If Mahinda Rajapaksa's message to the people is that one of his brothers should be president... that tells us all we need to know: in the mind of Mahinda Rajapaksa, Sri Lanka, its land and its people are destined to be the private property of the Rajapaksa family," Finance Minister Mangala Samaraweera said in a statement on Sunday.

During Mahinda's term, Beijing invested billions of dollars in the Indian Ocean island, building ports, power stations and highways as part of its Belt and Road Initiative of trade and transport links across Asia. China's assistance came at a time when the West and India were piling pressure on him over alleged war crimes.

Gotabaya faces legal challenges in the United States, where Tamils have sued him for his alleged role in torture and murder during the civil war.

Gotabaya, who migrated to the United States in 1998, was a dual citizen but has now renounced his U.S. citizenship, his brother Basil said last week.

Sri Lanka does not allow dual citizenship-holders to contest elections. 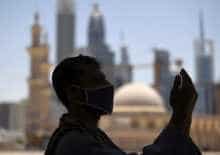