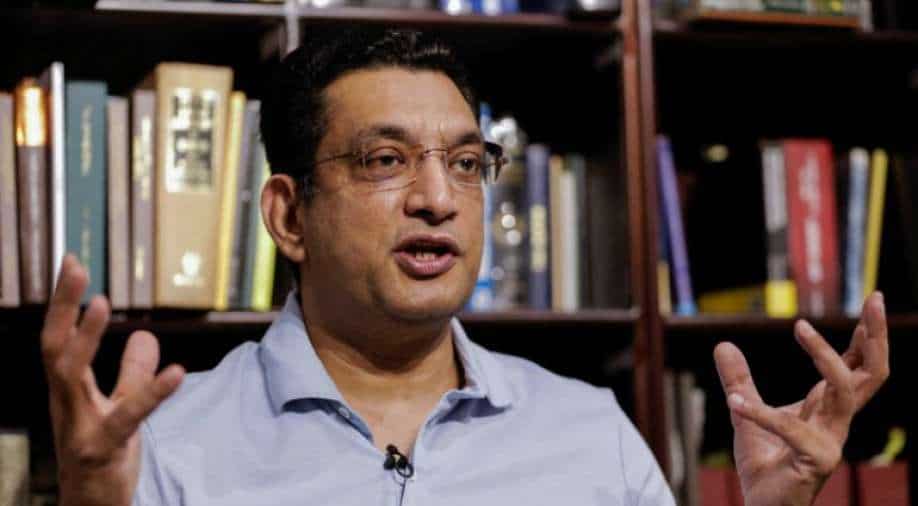 Sabry said the government will hike taxes and fuel prices within six months and seek to reform loss-making state-owned enterprises, in an effort to fix public finances. Photograph:( Reuters )

The South Asian island nation will look to restructure international sovereign bonds and seek a moratorium on payments, and is confident of negotiating with bondholders for an upcoming $1 billion payment in July

Sri Lanka will need about $3 billion in external assistance within the next six months to help restore supplies of essential items, including fuel and medicines, to manage a severe economic crisis, its finance minister told Reuters on Saturday.

The island nation of 22 million people has been hit by prolonged power cuts, with drugs, fuel and other items running short, bringing angry protesters out on the streets and putting President Gotabaya Rajapaksa under mounting pressure.

"It's a Herculean task," Finance Minister Ali Sabry said in his first interview since taking office this week, referring to finding $3 billion in bridge financing as the country readied for negotiations with the International Monetary Fund (IMF) this month.

The South Asian island nation will look to restructure international sovereign bonds and seek a moratorium on payments, and is confident of negotiating with bondholders for an upcoming $1 billion payment in July.

J.P. Morgan analysts estimated this week that Sri Lanka's gross debt servicing would amount to $7 billion this year, with the current account deficit coming in around $3 billion.

The country has $12.55 billion in outstanding international sovereign bonds, according to central bank data, and foreign reserves of $1.93 billion at the end of March.

"The first priority is to see that we get back to the normal supply channel in terms of fuel, gas, drugs... and thereby electricity so that the people's uprising can be addressed," Sabry said.

Anti-government protests have raged across the island for days, with at least one turning violent in the country's commercial capital of Colombo, which have hurt the lucrative tourism industry that was ravaged by the COVID-19 pandemic.

"We respect your right to protest, but no violence, because it is counterproductive," Sabry said.

"Our tourism, which was beautifully coming back in February with 140,000 tourists coming in, has been severely affected ever since the demonstrations."

Sabry said he will lead a delegation of Sri Lankan officials to Washington to start talks with the IMF on April 18 and that financial and legal advisers would be selected within 21 days to help the government restructure its international debt.

"Once we go to them, first thing is there is a sense of confidence in the entire international monetary community that we are serious," he said. "We are transparent, we are willing to engage."

On Friday, a new central bank governor raised interest rates by an unprecedented 700 basis points in a bid to tame rocketing inflation and stabilise the economy.

Sri Lankan authorities will also reach out to rating agencies, Sabry said, as the country looks to regain access to international financial markets after being locked out due to multiple ratings downgrades since 2020.

Sabry said the government will hike taxes and fuel prices within six months and seek to reform loss-making state-owned enterprises, in an effort to fix public finances.

These measures were among key recommendations in an IMF review of Sri Lanka's economy released in early March.

"These are very unpopular measures, but these are things we need to do for the country to come out of this," Sabry said. "But the choice is do you do that or do you go down the drain permanently?"

Sri Lanka will seek another $500 million credit line from India for fuel, which would suffice for about five weeks of requirements, Sabry said.

The government would also look for support from the Asian Development Bank, the World Bank and bilateral partners including China, the United States, Britain and countries in the Middle East.

"We know where we are, and the only thing is to fight back," Sabry said, looking relaxed in a blue T-shirt and jeans. "We have no choice."

Discussions are ongoing with China on a $1.5 billion credit line, a syndicated loan of up to $1 billion dollars and a request from Sri Lanka's president in January to restructure some debt.

"Hopefully we will be able to get some relief and which would help to keep the Sri Lanka community and the country afloat until larger infusions come in," Sabry said.

Beijing and New Delhi have long jostled for influence over the strategically located island off India's southern tip, with the country pulling closer to China under the powerful Rajapaksa family.

But in recent weeks, as the economic crisis deepened, Sri Lanka has leaned heavily on assistance from India.

"We are a neutral country. We are friend of all," said Sabry, a lawyer who previously served as Sri Lanka's justice minister. "So we think that goodwill will come in handy at this point in time."