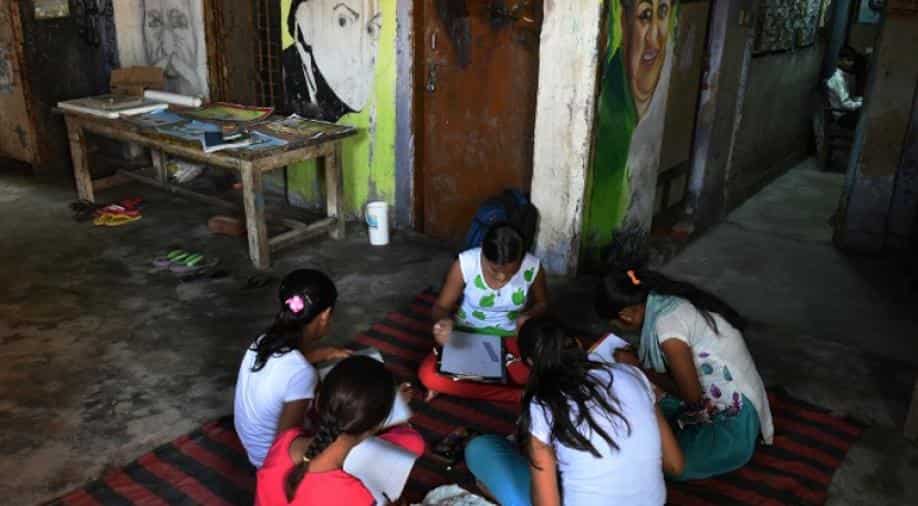 As one enters a slum in eastern Delhi, the scene is what you might expect. Packed dwellings, narrow lanes, loud voices, people everywhere.

Geeta, a 39-year-old housemaid, lives in this slum. She is a single mother and works in the nearby Patparganj area. As we enter Geeta’s home, she is busy doing her daily chores.

What’s unusual about Geeta is the fact that she has chosen to send her son to a private school, despite the fact that she is the sole breadwinner of the house and her monthly income is just 7,000-8,000 rupees ($100-120 US).

When asked why she made that decision, Geeta tells WION, “Kids in my locality going to government schools cannot even speak English. My son, Rahul, can read and write English.”

A 2014 report by Associated Chamber of Commerce and Industry of India (ACER) shows that only 41 per cent of children in the age group of 6-14 can read a standard two text.

Despite the increase in government expenditure on education over the years, the learning levels have declined during the same period.

“One of the schools in Himachal Pradesh has only one student in the entire school and the government’s spending on that school is Rs 13 lakhs,” he adds.

The question, therefore, is not just about the amount invested in education, but also the allocation and utilisation of funds.

According to the District Information System for Education (DISE), between 2007 and 2013, enrollment in government primary schools declined by about 11.7 million. In contrast, the enrollment in private schools went up by 27 million during the same period.

In his former school (a government school), Rahul says nobody ever paid attention to the students or bothered to even check their homework. “Half the students in my class would just mark their attendance and leave,” he says.

WION visited another family in the same slum. Jyoti is a 12th grade student who goes to a government school. She could barely read simple sentences in English.

When asked what was the reason behind that, she says, “In our school, English was never emphasised on”. She says she would love to go to a private school if given a chance or choice.

Until government schools can get their act together, parents like Geeta are deprived of choices; private schooling being the only alternative.