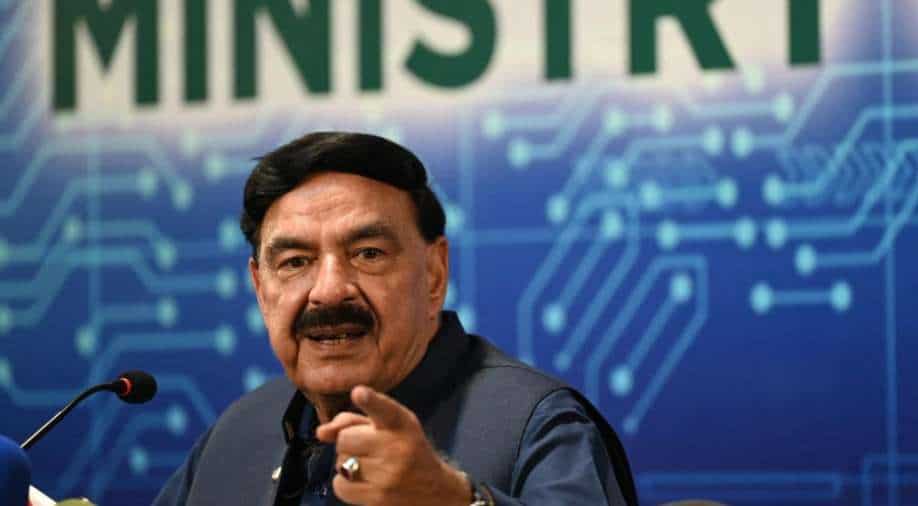 A video of former Pakistan minister Sheikh Rasheed Ahmad is going viral on social media where he was seen spitting during a live television debate. The incident has left the Pakistanis disgusted with the minister’s gesture.

Such a strong reaction from Ahmad came when he was speaking about Pakistan’s current Interior Minister Rana Sanaullah. During the conversation, the minister became so aggressive while making a point that he spat on live TV.

The clip was shared on Thursday on Twitter by a Pakistani journalist. It has garnered over 25,000 views as of Friday.

During the show, when the news anchor asked Rasheed a question about Rana Sanaullah, he said, "I would like to urge General Qamar Bajwa to rein in Rana Sanaullah. The type of language he uses, do you think anyone will salute him? Will security forces salute him? They will spit on him (after which he spat)."

His new portfolio should be: minister for spitting on live TV. pic.twitter.com/lLudonNcux

As expected, netizens had a field day while reacting to the video. While some users called out Ahmad for failing to maintain decorum during the debate.

Lol...He actually spat on live television. What a clown!🤣🤡🐷😂

How disgusting 🤮 …..and these are the leaders 🙄God save the public!!!

Notably, this is not the only time that politicians in Pakistan were seen having uncouth behaviour.

Last year, Pakistani politician Firdous Ashiq Awan, who was then a special assistant to the Chief Minister Punjab, had slapped another politician after a heated argument between the two on a TV show.

The incident occurred when the two appeared on Express News talk show. What started as a civil discussion about the government's performance and excessive power cuts in parts of the country, turned into a shouting match.