Myanmar coup: What it means to Yangon, and to the world 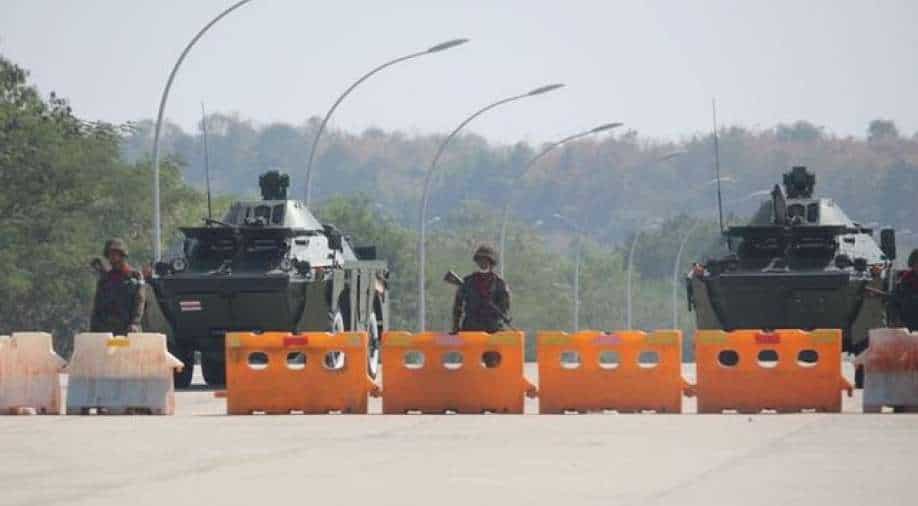 Here's a look at what the series of events mean to Myanmar, and to the world.

A coup in Myanmar has left the military in control under a one-year state of emergency, while the country's de facto leader Aung San Suu Kyi and other senior politicians have been detained.

Here's a look at what the series of events mean to Myanmar, and to the world.

Myanmar is surrounded by five countries -- there is China in the North; India in the North and the West; Bangladesh in the West; Laos in the East; and Thailand in the South.

And all these countries stand to get distinctly affected by the coup.

India is actively looking East, and putting its neighbourhood first. And Myanmar is very much a part and parcel of it.

India has expressed concern over the coup.

We don't exactly think the world's largest democracy will engage with a military that has toppled the neighbourhood's youngest democracy.

But we also know that shunning a neighbour should be the last option.

India engages even with hostile neighbours like China. There's more to lose wtih not talking, than talking -- that's the number one rule of diplomacy.

India will hence have to walk a tightrope. There are important strategic projects at stake, and at the same time it's imperative to be on the side of democracy, and not legitimise a military dictator.

India will also have to take into account the sanctions imposed by the world. The last time the US imposed sanctions, it pushed Myanmar into China's arms.

This time the situation may be worse -- China already sees opportunity. It has not criticised Myanmar's generals, and has called the coup a reshuffle.

As we all know, China is not a fan of democracy. In 1989, it toppled the goddess of democracy at the Tianenmen Square. Last year, it supressed the pro-democracy movement in Hong Kong.

So a setback to democracy across the border is not a bad news for Beijing.

In fact, many believe China may have supported this coup.

Experts have said Myanmar's military could not have gone ahead with a move so grave -- without the support of China.

And the only way Myanmar can survive sanctions from the West is garnering China's support.

China, on the other hand, is now maintaining an eerie silence. It says it has taken note of the situation, and has called for a reconciliation.

There is no mention of restoring democracy, or call for releasing Aung San Suu Kyi.

China is not even calling this a coup. It has termed it as 'a major cabinet reshuffle'.

China was close to the civilian government in Myanmar. It was voluntarily overseeing Rohingya repatriation talks between Bangladesh and Myanmar.

But in a way, Myanmar's coup helps China more than its democracy did. No country would want to trade with a US-sanctioned state. Except China.

Because China will now get monopoly over Myanmar's market. It will get to sell Chinese vaccines in Myanmar, construct more of its roads and buildings, and ultimately, debt trap it.

Currently, China is Myanmar's second-biggest investor. It is behind Singapore with $21.5 billion in foreign capital.

Beijing also accounts for around a third of all Myanmar's trade. The number will grow exponentially once companies and countries stop dealing with Myanmar.

Thailand has been witnessing some of the largest protests in its history.

Toppling of democracy across the border hence does not help its cause. It's a loss of momentum.

Thailand is estimated to forego around 50 million baht a day from transport inconvenience caused by the coup -- that's over a million dollars.

The economic loss is not limited to Thailand. It extends to ASEAN -- the neighbourhood as a whole.

As far as Bangladesh is concerned, the coup leaves the Rohingya repatration talks hanging by a thread.

The Rohingya refugees were skeptical of returning to Myanmar even when there was a civilian government in place. Now, their country is ruled by the same military that carried out a genocide.

In addition to this, there's no guarantee the military will even honour the repatriation commitment. It's a stalemate of the worst kind.

In a nutshell, the coup is bad news for Myanmar and its neighbours. And the only country that stands to gain is China.