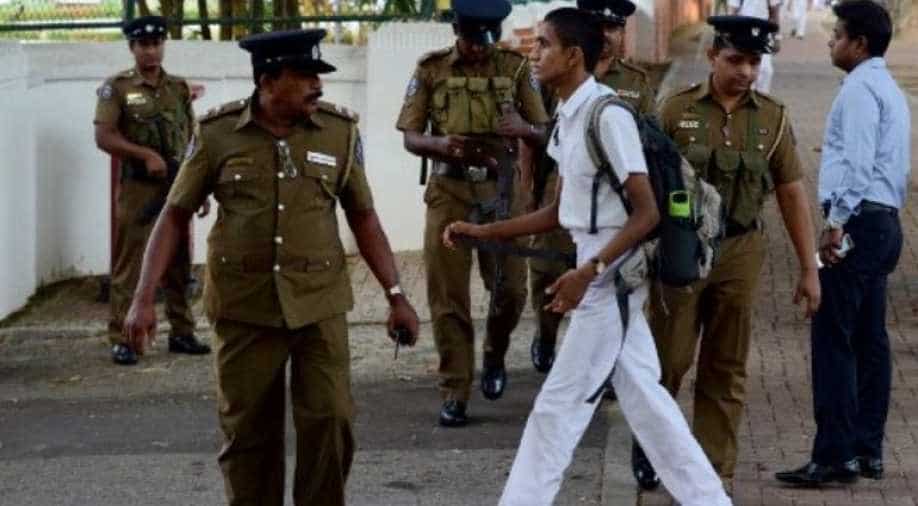 Nine suicide bombers carried out a series of blasts that tore through three churches and as many luxury hotels on April 21, killing 258 people and injuring 500 others.

A media watchdog in Sri Lanka has condemned the attempt by the authorities to arrest a veteran journalist for his remarks on communal riots following the devastating Easter Sunday bombings that claimed nearly 260 lives.

Nine suicide bombers carried out a series of blasts that tore through three churches and as many luxury hotels on April 21, killing 258 people and injuring 500 others.

Mosques and Muslim-owned shops were vandalised or set on fire and one Muslim man was slashed to death in the violence that broke out across Sri Lanka following the Easter bombings.

The Free Media Movement (SLFMM) has said police were trying to prosecute Kusal Perera, a senior journalist who wrote a column in Sri Lanka's Daily Mirror newspaper over the anti-Muslim violence.

It condemned the government for misusing the UN-backed International Covenant on Civil and Political Rights (ICCPR) law to suppress media, journalists and free expression and called on all stakeholders to intervene.

"Kusal Perera has been engaged in journalism for a long time in both the Sinhala and English media and has been recognised as a socially responsible professional journalist both locally and internationally," SLFMM said in a statement.

The media rights group said the effort by the police was a "serious threat to the freedom of expression and media" and the pursuance of legal action under the ICCPR Act, which includes a provision to disallow bail, was a dangerous precedent.

"The Free Media Movement urges all relevant stakeholders to intervene in averting this situation and for everyone who respects human rights to come forward to defeat such actions against the Freedom of expression and media freedoms," it said.

It is reported that the police's crime unit had complained against Perera for inciting racial hatred.

Perera's case comes after the arrest of writer Shakthika Sathkumara in April. He was arrested under the same charge under ICCPR and refused bail.

Sri Lanka is currently framing laws to tackle fake news. The new law has a provision to give a five-year jail term and a million rupee fine for spreading false news.

The Easter Sunday attack was the worst terror attack in the country. Though the Islamic State claimed the attacks, the Sri Lankan government has blamed the local Islamist extremist group National Thawheed Jamaath (NTJ) for the bombings.