'Join us in peace, or we will continue to fight': Afghanistan Government to Taliban at U.N. 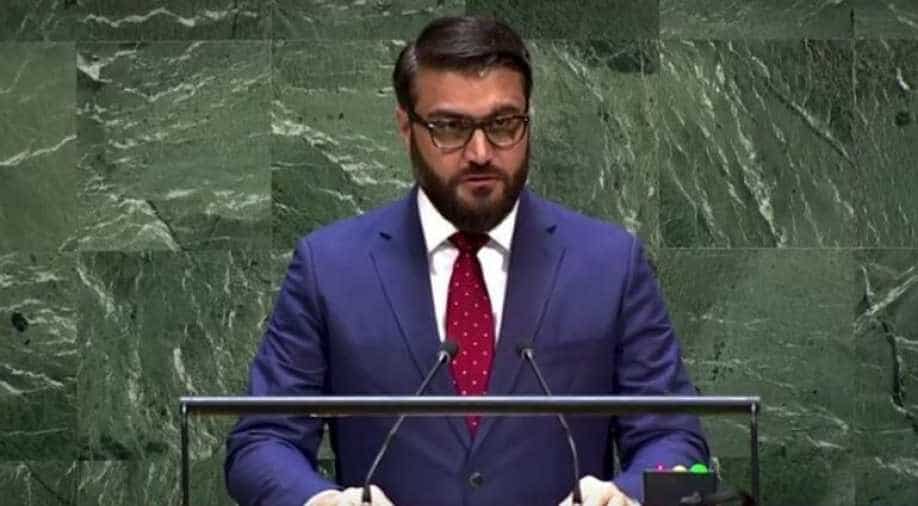 The negotiations between the US and Taliban collapsed in September after several rounds of talks.

The Afghan government from the United Nations General Assembly has asked the Taliban to join peace efforts.

Speaking from the famous green podium inside the U.N. building, Afghan National Security Advisor Hamdullah Mohib said, "To the Taliban and their foreign sponsors, hear this now, a message from the Afghan people: Join us in peace, or we will continue to fight... This is a fight we can win.”

Last February, President Ghani extended an unconditional offer of peace to the Taliban which Mohib said "still stands today" explaining that "the government has the ability to directly negotiate peace with our enemies."

The negotiations between the US and Taliban collapsed in September after several rounds of talks.

He highlighted the success of the recently concluded Afghan Presidential elections in which "around 3 million Afghans faced the threat of terrorism and risked their lives to vote in our young democracy’s 4th presidential election".

He said, "We all voted not just for a president, but we also voted for democracy... we voted for our constitution... we voted for freedom and sovereignty" and those who voted included "men and women...the very old, some voting for perhaps the last time in their lives..some who came out despite having their fingers cut off by Taliban during previous votes."

Interesting to note, there was no direct reference to Pakistan by Afghan NSA during his UNGA speech just like there was no mention of the country during Indian PM Narendra Modi's speech though both the Afghan and Indian leaders strongly spoke on the issue of terrorism

"Terrorism is an idea, as much as it is a form of violence. We must continue to work together to extinguish the ideologies behind terrorism, wherever they may exist", Mohib said.