Is Pakistan set to normalise ties with Israel? 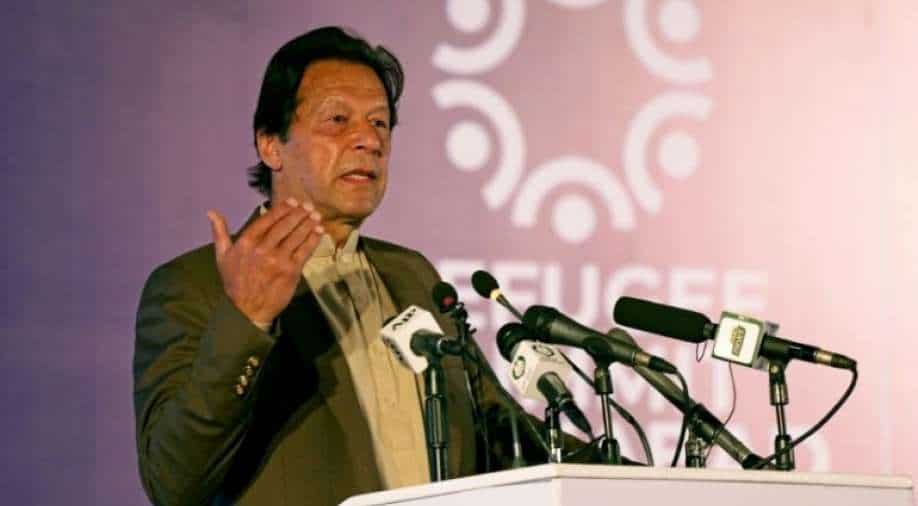 Pakistan PM Imran Khan had issued a statement in November claiming that Pakistan was under pressure from the United States to befriend Israel.

In the last two months, five countries have normalised relations with Israel - the UAE, Bahrain, Sudan, Morocco and Bhutan.

Now, there is intense speculation whether Pakistan will be next with journalists to pundits weighing in. However, Israel and Pakistan haven't said anything but there have been feelers.

The idea has high profile backers as members of the Pakistani military establishment support it. Some religious leaders also like the prospect of a partnership, however, Islamabad may not have the stomach to go ahead with it.

Pakistan PM Imran Khan had issued a statement in November claiming that Pakistan was under pressure from the United States to befriend Israel.

However, when asked had any Arab country made a similar demand, PM Imran Khan said: "there are things we cannot say. We have good relations with them."

Although the good-relations bit is debatable, Imran Khan's words triggered intense speculation as the Pakistani media began debating the subject. Some of them said it's time for a change.

Experts from Pakistan ended up on Israeli channels advocating better ties between Pakistan and Israel and within a week the Pakistan government was forced to issue another denial.

The Pakistan foreign ministry "categorically rejected" what it called baseless speculation and since then, Pakistan has made every effort to distance itself from the idea.

In fact, the story got so big that even the Pakistani army had to issue a statement. They supported the Pakistan government's stand, however, the reports have not died down as religious leaders have added fuel to the fire.

Maulana Muhammad Khan Sherani a prominent religious figure who was a part of the Jamiat ulema-e-Islam and had served as a member of the National Assembly of Pakistan earlier this month asked about the issue of Israel.

"This is an international issue. I support the recognition of Israel. Educated Muslims need to understand that the Quran and history prove to us that the land of Israel belongs only to the Jews. King David built the house of God in Jerusalem for the Israelis and not for the Palestinians,” Sherani said.

More religious leaders have joined the chorus even as Maulana Jamal Qadri was reminded of his visit to Israel.

Qadri claimed he was sent by Nawaz Sharif "to hold talks with officials in Tel Aviv".

“The people of the then foreign ministry wanted to know whether Pakistan could develop relations with Israel or not,” Qadri said.

“I told the prime minister twice that Pakistan’s parliament should be consulted or a national dialogue be held to take a decision in this regard,” he added.

According to Qadri, Nawaz Sharif was quite keen on formalising ties with Israel.

In 2018, an Israeli jet had landed in Islamabad as reports said it was an Israeli delegation visiting Pakistan. Islamabad, however, denied the story for a week, but one year later Pakistan's foreign minister Shah Mahmood Qureshi supported friendship with Israel.

“We wish all the best for Israel. We have many friends in the region and we would like you to join them," Qureshi told an Israeli news outlet while talking about the American efforts to improve the political situation in the region.

In 2005, Musharraf had even taken a bold step by publicly shaking hands with the then Israeli Prime Minister Ariel Sharon in Istanbul.

Clearly, there is desire, what Pakistan lacks is the courage to take the plunge.