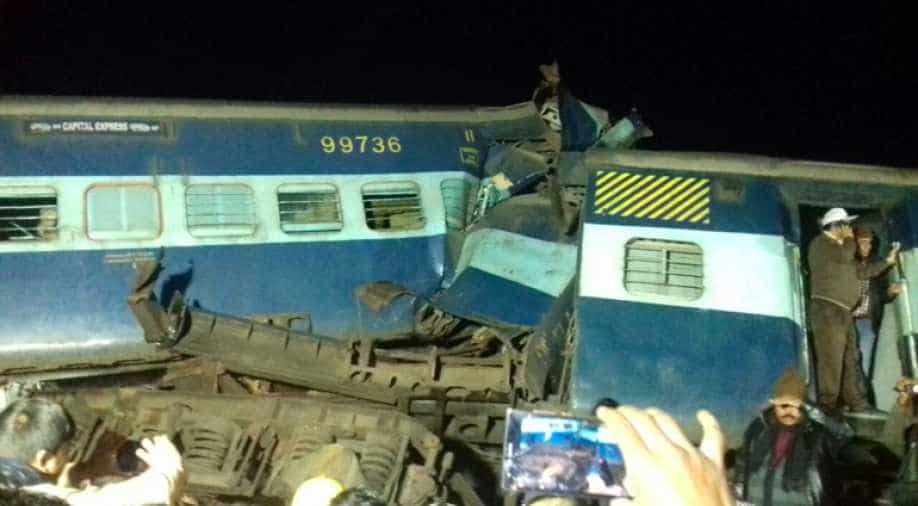 The derailment took place when the train was Guwahati bound from Bihar's Danapur. Photograph:( WION )

The Capital Express train derailment in the Alipurduar district of India’s West Bengal on Tuesday left two passengers dead and six injured according to the statement issued by Northeast Frontier Railway.

Of the two dead, one is an unidentified male and the other is unidentified female. The other six injured continue to be in a critical situation. Meanwhile, the Railway Minister Suresh Prabhu has ordered a probe into the accident.

According to the statement issued by the Northeast Frontier Railway, the cause of derailment was overshooting of red signal by the driver of the train. However, a thorough probe will reveal the actual cause of the derailment.

Around 9.15 pm local time, the engine and two coaches of the UP-Capital Express train derailed near the Samuktala Road station in Alipurduar district.

The derailment took place when the train was Guwahati bound from Bihar's Danapur. Several trains have been stalled across stations in West Bengal.

The stranded 150 passengers of the train were taken back to Alipurduar through the Khamakya-Alipurduar Junction Intercity Express.