In Bangladesh, some 60 babies a day born in Rohingya camps: United Nations 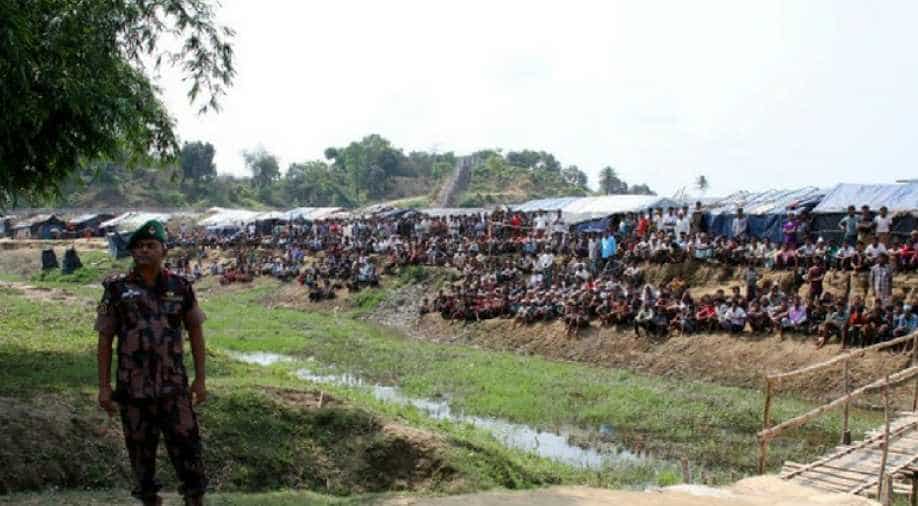 Around 60 babies a day are being born in vast refugee camps in Bangladesh, sheltering hundreds of thousands of mainly Rohingya Muslims who have fled Myanmar, the United Nations children`s agency UNICEF said on Wednesday.

Nearly 700,000 Rohingya fled to Cox`s Bazar in Bangladesh in the past nine months after a Myanmar military crackdown that the United Nations, the United States and Britain have denounced as ethnic cleansing. Myanmar has denied that any ethnic cleansing occurred.

UNICEF said in a statement that since the crisis began more than 16,000 babies had been born in the camps, of which only about 3,000 were delivered in health facilities.

"Around 60 babies a day are taking their first breath in appalling conditions, away from home, to mothers who have survived displacement, violence, trauma and, at times, rape," said Edouard Beigbeder, UNICEF`s Representative in Bangladesh.

"It is impossible to know the true number of babies who have been or will be born as a result of sexual violence," Beigbeder said. "It is vital that each and every new and expectant mother and every new-born receive all the help and support they need."

Rohingya insurgent attacks on security posts in Myanmar`s Rakhine state last August sparked a military operation that Myanmar has said was legitimate. Last November, Myanmar`s military released a report in which it denied all accusations of rape by security forces.

A senior Bangladesh health ministry official, who declined to be named due to the sensitivity of the matter, said last week that so far 18,300 pregnant women had been identified in the camps and the rough total estimate was around 25,000.

In March the United Nations launched an appeal for $951 million to help the Rohingya refugees for the rest of the year, but it is less than 20 percent funded.