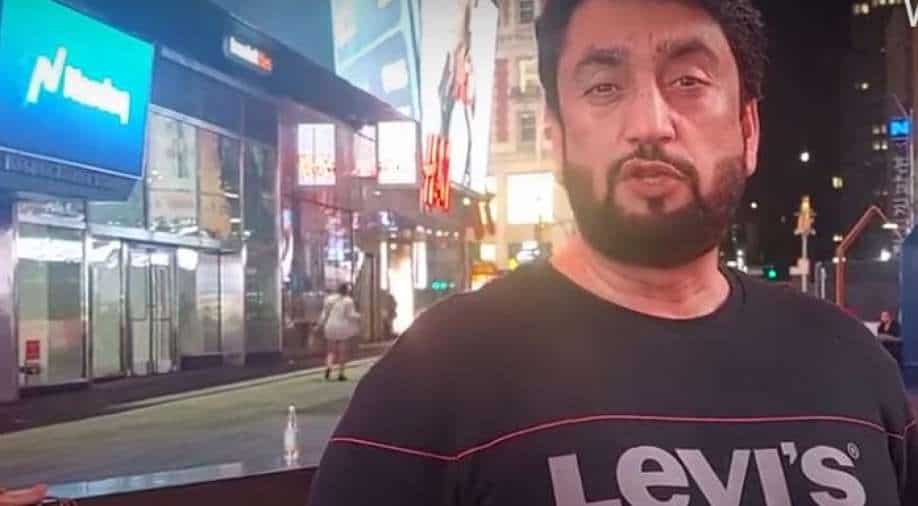 Afridi claimed women in Pakistan are "living under better conditions than those countries that pretend to be the champions of human rights" while taking a dig at the United States.

In the video posted on social media, Shehryar Khan Afridi said: "Look at the condition of women in the country which lectures others on human rights."

Afridi claimed women in Pakistan are "living under better conditions than those countries that pretend to be the champions of human rights" while taking a dig at the United States.

Afridi's move was blasted on social media as Pakistanis laughed at him wearing a Levis T-shirt as he took a dig at America.

— Anum Syed (@AnumSyed13) September 19, 2021
×
A Federal Minister who's supposed to speak for HR and highlight human rights violations is making a video of homeless people without their consent.

Despite secondary screening at arrival, I'm doubtful his honorable return. Someone from the NY Consulate should interfere.

— AZIZ ULLAH KHAN (@khanaziz2000) September 19, 2021
×
Pakistan PM Imran Khan would be addressing the UNGA today and his key focus will be Jammu & Kashmir. The Pakistan PM has often used international forums to raise the issue. This time the Pakistan prime minister will also be speaking on the situation in Afghanistan.

Pakistan has been accused of supporting the Taliban even as Secretary of State Antony Blinken told US lawmakers recently that the Biden administration would be reassessing its relationship with Pakistan.

Also Read: Risk of another 9/11-style attack on US very real: John Bolton to WION

In fact, Pakistan's support for terror organisations was brought up by US Vice President Kamala Harris during her meeting with Prime Minister Modi in Washington on Friday.

US Vice President Kamala Harris openly declared that there were terror groups operating in Pakistan as she asked the Pakistan government to take action.

The US Vice President agreed with Prime Minister Modi on the need to closely monitor Pakistan's support to terror groups.