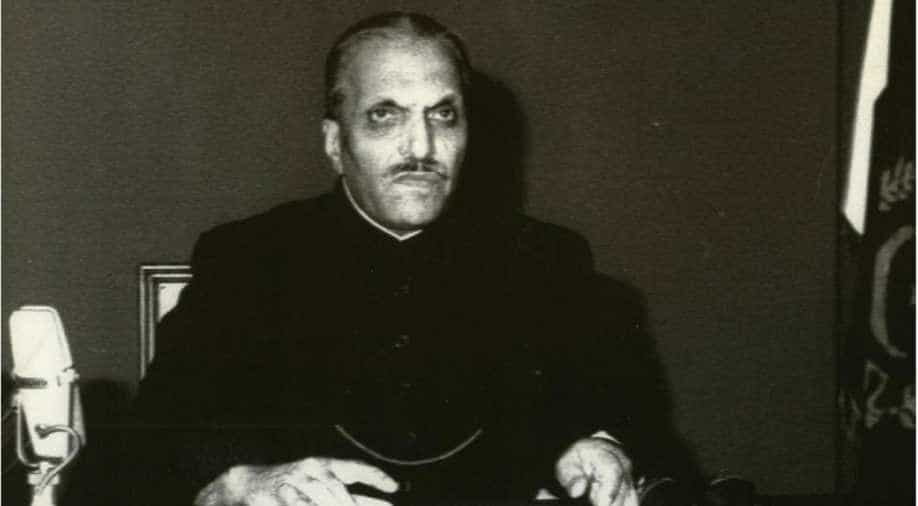 Who was Zia-ul Haq? Photograph:( Others )

Israel-Pakistan relationship is complicated and that's what makes the prospect of normalising ties controversial in Islamabad.

Pakistan is part of the club of 28 countries that do not recognise Israel with even its passports not valid for travel to Israel.

Also Read: Is Pakistan set to normalise ties with Israel?

Pakistan citizens can't travel to Israel since their passports will be invalid there. Pakistan and Israel do not have diplomatic relationship and missions.

Pakistan and Israel have had a long and tricky relationship. It began in 1947 soon after the partition as Mohammad Ali Jinnah received a telegram. It was from David Ben Gurion - the man who became the first prime minister of Israel.

The telegram was an overture. Israel wanted to establish diplomatic ties with Pakistan but it wasn't granted. In 1952, Pakistan's then foreign minister Muhammad Zafarullah Khan took a hard line against Israel and supported Palestine, the hostilities only grew from there.

Pakistan tried to supply military assistance to Palestine and the Arabs against Israel. The Pakistan Air Force sent its pilots and jets to fight against Israel in two wars - the six-day war in 1967 and the Yom Kippur war in 1973.

After that battle, Pakistan and the PLO signed an agreement. PLO officers were offered training at Pakistani military institutions despite their hostilities Pakistan and Israel have cooperated on the intelligence front.

In the early 1980s, Pakistan President Zia-ul-Haq told the ISI to establish contact with the Mossad, a move that would trigger a conflict in Afghanistan.

Pakistan played the role of the intermediary as the ISI gave weapons, funds and financial support to the militants despite the close cooperation for Afghanistan the bilateral relationship has remained riddled with hostilities.

The death of Daniel Pearl has added to the mistrust. The American-Israeli journalist was killed by Pakistani terrorists allegedly with the backing of the ISI. According to a report from the Time magazine, the terrorists believed that Pearl was an Israeli Mossad agent who was operating in Pakistan.

In 2003, celebrated French intellectual Bernard-Henri Levy had suggested that Pearl was close to uncovering the ties between ISI chiefs and the al-Qaeda.

Almost a week back, a Pakistani court had ordered the release of Ahmed Omar Saeed Sheikh who is accused of murdering Daniel Pearl.

Israel-Pakistan relationship is complicated and that's what makes the prospect of normalising ties controversial in Islamabad while Imran Khan has constantly denied reports of overtures to Israel to avoid any backlash, it is one decision that's well beyond his pay grade.