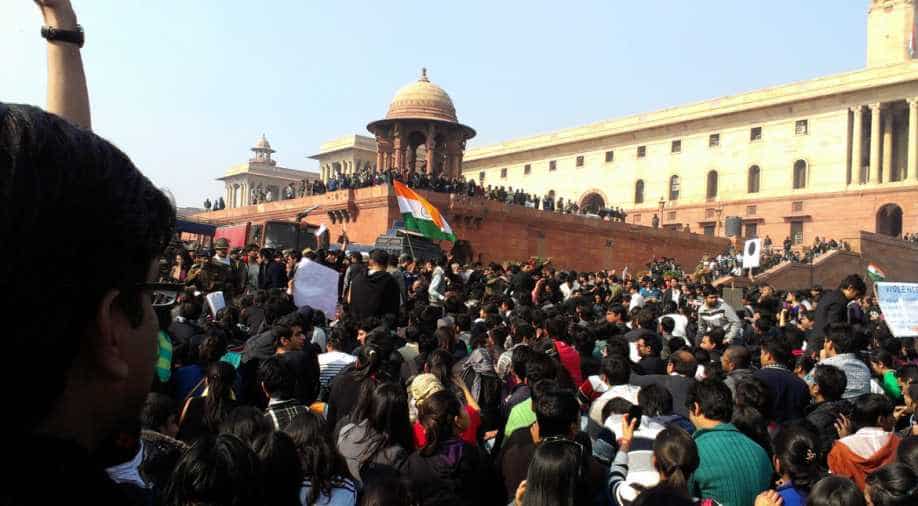 The 23-year-old paramedic, named by the media as Nirbhaya, was brutally assaulted and gangraped by six persons in a moving bus in South Delhi in December 2016. Photograph:( Others )

In a special hearing in the infamous December 16 Delhi gangrape-cum-murder case, the Supreme Court of India today saw the Amicus Curiae and senior advocate Sanjay Hegde contend that the conviction of the accused was based on wrong assumptions.

Hegde, who was appointed to assist the court, said the police had failed to show that there was a "conspirational relationship" among the accused.

"A few bits here and a few bits there on which the prosecution relies, cannot be held to be adequate for connecting the accused with the commission of the crime of criminal conspiracy," he argued.

Hegde submitted that the prosecution argument lacked evidence showing that the accused had "foreseen the offence of murder".

"The prosecution has to show that the circumstances give rise to a conclusive or irresistible inference of an agreement between two or more persons."

The apex court had appointed senior advocates Hegde and Raju Ramachandran as amicus curiae to assist the court in the matter.

While Ramachandran will assist the court in the appeals of convicts Mukesh and Pawan, Hegde will assist in appeals of other two convicts, Vinay Sharma and Akshay Kumar Singh.

The 23-year-old paramedic, Jyoti Singh Pandey, was brutally assaulted and gangraped by six persons in a moving bus in South Delhi and thrown out of the vehicle with her male friend on the night of December 16, 2012. She died in a Singapore hospital on December 29.