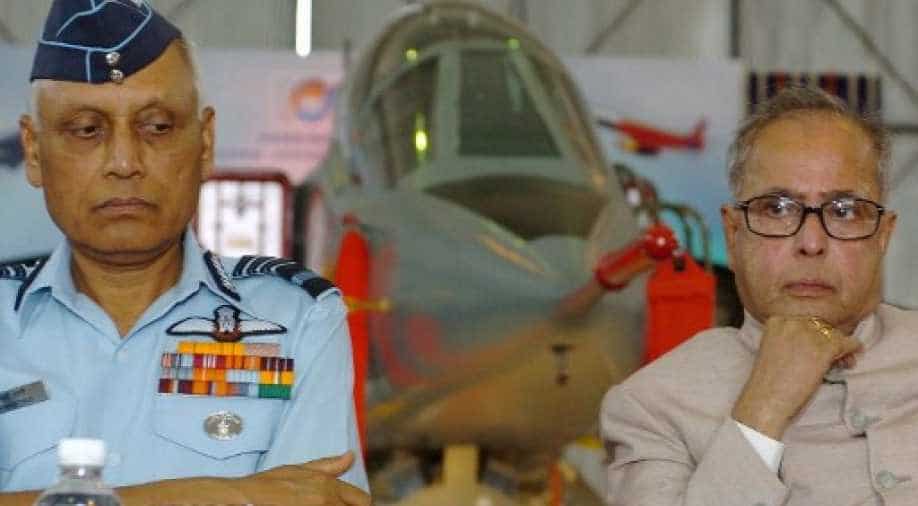 SP Tyagi (left; seen here with India's President Pranab Mukherjee) has been accused of changing the terms of the tender to help AugustaWestland to bag the contract. Photograph:( AFP )

An Indian court has sent former Indian Air Force chief SP Tyagi and two others to jail till December 30 for his alleged involvement in the AugustaWestland scam, the country's biggest defence procurement scam since the 1980s.

Tyagi has been accused of changing the terms of the tender to help AugustaWestland -- an Italian company which manufactures helicopters -- bag the deal.

On Saturday, India's Central Bureau of Investigation told the court that they had received incriminating evidence from Swiss authorities that there had been shadowy exchange of money and some of it was pocketed by Tyagi to influence the tender process.

Besides Tyagi, his cousin Sanjeev alias Julie Tyagi and lawyer-businesssman Gautam Khaitan were also sent to custody till December 30.

The accused have filed a bail application and the court will hear the case on December 21.

The defence scam had repercussions in Italy too after its highest court handed AugustaWestland chairman Bruno Spagnolin a four-and-a-half prison sentence in 2013.