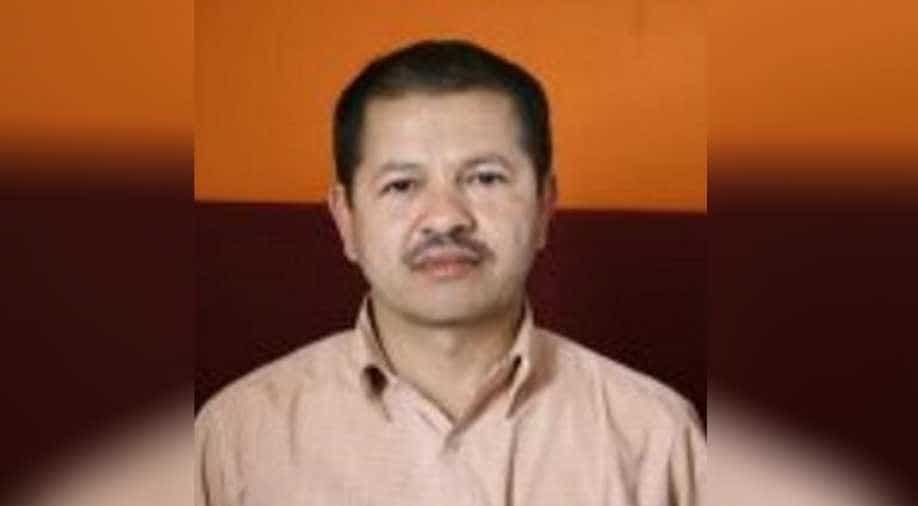 In a front-page story on June 10, he wrote about extensive Chinese encroachment in Nepalese territories. The report created a huge controversy as the Chinese did not take it nicely.

The mysterious death of a journalist has become a watershed moment for Nepal's media fraternity. Journalists from various media organizations in this Himalayan republic are coming together to demand justice.

Balaram Baniya, the assistant editor was working for one of the most widely read newspapers in Nepal The Kantipur Daily. He was just 50 years old and is said to have possessed a deep understanding of Nepal's bureaucracy, governance and the political system and was a person who never capitulated to any pressure.

On Monday, Balaram Baniya had gone missing. He went out of contact with his family and office even as initial reports said that he was swept away in a river after falling from a bridge. His body was found on Tuesday but the identity could not be ascertained immediately.

His face was badly damaged, it was only on Wednesday that the local police confirmed that the body they had discovered was of Balaram Baniya.

The news of his sudden demise took the entire media fraternity in Nepal by surprise as condolences began pouring from all sides and they soon gave way to suspicions and questons.

There are suspicions on the nature of his death and questions on the alleged reasons behind it because Balaram Baniya was famous for being the most vocal critic of the Chinese regime's influence in Nepal and off-late he was publishing a lot of anti-China commentary.

In a front-page story on June 10, he wrote about extensive Chinese encroachment in Nepalese territories. The report created a huge controversy as the Chinese did not take it nicely.

They forced the Nepal government to issue a press release condemning the report and asked Balaram Baniya to retract from his claims. The news of his death is spreading like wildfire in Nepal and his reports on China are back in focus. His colleagues and followers are hinting at foulplay behind his demise.

The head of the Nepal press council Kishore Shreshta is at the receiving end of much criticism. He is being accused of not waiting for a police investigation and deliberately declaring Balaram Baniya's death as suicide induced by alcohol.

A number of press unions and journalists organisations are pressing for a fair probe which includes the Nepal press union, the federation of Nepali journalists, the freedom forum and several others.

All of them together are asking the Oli government to make public the "truth behind the mysterious death of Balaram Baniya'. They say his death could be linked to the daring news stories that he filed against China and their doubts are not unfounded because China has a history of intimidating and threatening the Nepalese media.

In February, the Chinese embassy in Kathmandu had gone public with a direct attack against the Kathmandu post. It had criticised the newspaper for smearing the efforts of the Chinese regime in containing the Wuhan virus. The tone of the sharply-worded statement was remarkable.

"The Kathmandu Post with a picture of malicious intention has deliberately smeared the efforts of the Chinese government.....the chief editor has become a parrot of some anti-China forces.... the Chinese embassy reserves the right for further action.....'

"the right to further action", it is how the Chinese embassy dictates terms to the Nepalese media. Now a journalist has died and there's talk of a Chinese hand behind his death but given the behaviour of the Oli government and his growing closeness to China, Balaram Baniya's death may remain a mystery.