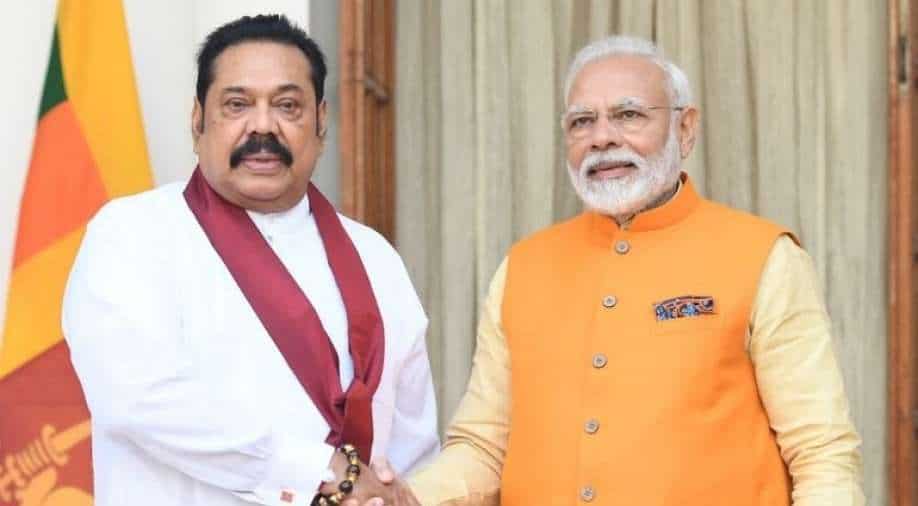 In keeping with the discussions held at the previous National Security Advisor (NSA) meetings, Sri Lanka has established a trilateral secretariat on Maritime Security Cooperation with India and Maldives

Sri Lanka will offer a strategically located deep-sea port to India and Japan, as the island seeks to balance traditional ties against China's rising regional influence.

Government spokesman Keheliya Rambukwella said the cabinet decided Monday to allow India and Japan to have an 85 per cent stake in the West Container Terminal -- the same terms China was granted when building the CICT(Colombo International Container Terminal).

The government said the Indian High Commission in Colombo has "approved" Sri Lanka's latest offer. However, There has been no official response from India's foreign ministry in New Delhi.

In keeping with the discussions held at the previous National Security Advisor (NSA) meetings, Sri Lanka has established a trilateral secretariat on Maritime Security Cooperation with India and Maldives.

Earlier, the three countries had agreed to share intelligence on issues such as terrorism, radicalisation, extremism, drugs, arms and human trafficking, money laundering, and effects of climate change on the maritime environment.

''The entire world will benefit from this initiative as the Indian Ocean is the lifeline of the entire world,'' said the Foreign Secretary Admiral Prof. Jayanath Colombage during the event while expressing his concerns about the importance of the region.

According to Cabinet co-spokesman, Dr Ramesh Pathirana, ''the Chinese vaccine Sinopharm has not yet completed phase 3 clinical trials. The complete dossier pertaining to the registration of the Chinese vaccine has also not yet been received.''

"For the time being, we need to go with the AstraZeneca vaccine. The moment we receive full documentation from the Chinese manufacturer, we can consider registering it," he added.

The Sri Lankan cabinet approved the purchase of 10 million doses of 'Made in India' AstraZeneca's Covid-19 vaccine from the SII for USD 52.5 million, local media reported.

Sri Lanka is not the only country that has expressed its concerns over the lack of information on Chinese-made vaccines. Earlier, it was reported that Sri Lankan authorities will begin inoculating the general public against the Covid-19 from next month.

In the month of January, the Sinovac vaccine was found to be far less effective than vaccines developed by Pfizer-BioNTech and Moderna, according to a Brazilian government statement.

The efficacy of the Chinese-made vaccine was also found to be 50.38 per cent in Brazil's late-stage trials.