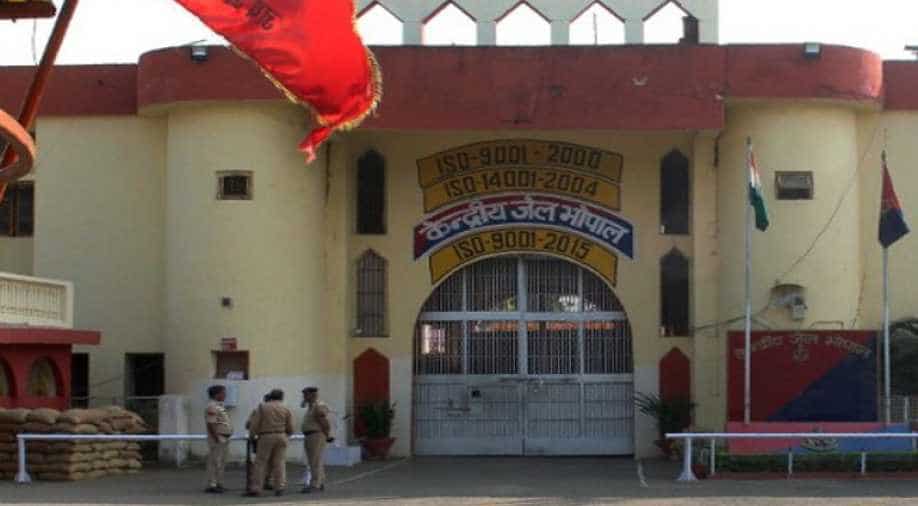 Indian police officials gather at the entrance to The Central Jail in Bhopal on November 1, 2016, a day after some inmates allegedly escaped and were killed in an encounter with security personnel. Photograph:( AFP )

The government of India's western state of Madhya Pradesh on Monday ordered a judicial probe into the killing of eight Students' Islamic Movement of India (SIMI) activists who escaped from a high-security prison earlier this week.

An official statement by the state government said the probe would be conducted by retired High Court Judge Justice S K Pandey who would look into "all aspects related to how SIMI activists escaped from the high security jail and the encounter that took place after that".

While the police say they shot the SIMI operatives because they were armed, video clips that emerged subsequently contradicted their version.

Audio clips accessed by WION soon after the incident, believed to be from Madhya Pradesh Police’s control room, suggest that the police wanted to kill the undertrials on the spot and had no intention of arresting them after they escaped from Bhopal Central Jail on October 31.

One of the video clips showed an Indian security personnel open fire at one of the fugitives as he lay motionless on the ground.

However, all cash rewards have been put on hold and will be given only after the legal process is over, a senior Madhya Pradesh government official told The Indian Express.

Senior Supreme Court lawyer Prashant Bhushan cited a judgment by former Chief Justice R M Lodha that in case of encounter killings, no-one can receive a gallantry award before the mandatory inquiry is over.

Meanwhile, the state government has defended the police action and accused opposition parties of "politicising and communalising" the issue.

The party said on Friday that the judicial inquiry had been ordered as the state government had "nothing to hide."

The government has already ordered the Crime Investigation Department (CID) to investigate the incident.  A separate investigation by former Director General of Police Nandan Dubey has also been ordered.