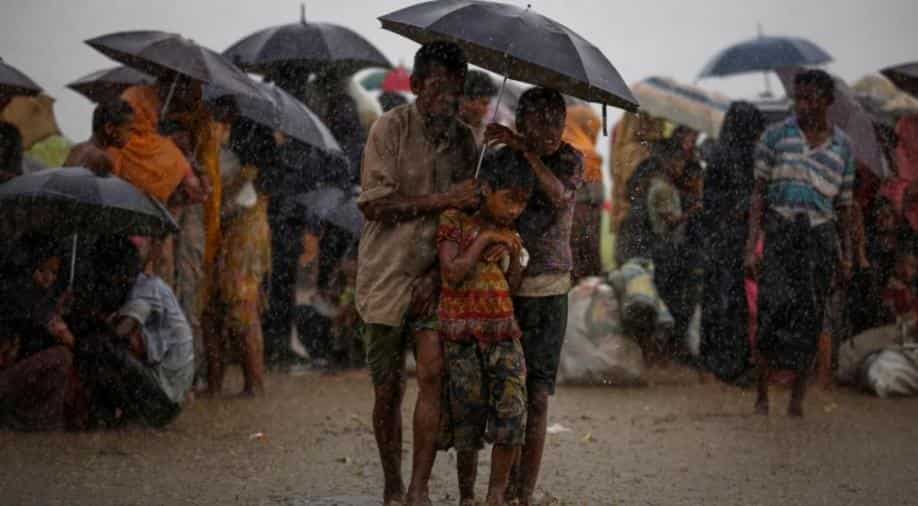 After repeated setbacks, the neighbouring countries declared that the first of more than 2,200 Rohingya Muslims would be repatriated on November 15, even though international NGOs and the United Nations have said conditions are not yet in place for a safe return.

Myanmar's government on Sunday insisted any delays to the repatriation of Rohingya refugees would be the fault of Bangladesh, just four days ahead of the controversial planned start date.

After repeated setbacks, the neighbouring countries declared that the first of more than 2,200 Rohingya Muslims would be repatriated on November 15, even though international NGOs and the United Nations have said conditions are not yet in place for a safe return.

Survivors brought with them testimony of widespread murder, rape, torture and arson and are fearful of going back to Rakhine state without guarantees of safety, freedom of movement and citizenship.

Myanmar and Bangladesh signed the deal last November but the UN has repeatedly said that any repatriations must be "safe, dignified and voluntary".

"We are ready," declared social welfare minister Win Myat Aye to reporters in Yangon on Sunday.

Provisions at a transit camp will include clothes and food rations and the refugees will also be provided with money to help them rebuild their homes in one of 42 locations, he added.

But he was unable to confirm who would be in the first group to return, insisting that it was down to Bangladesh to make sure they meet the deadline this week.

"It depends on the other country (Bangladesh) if the repatriations will start on 15 November," he said.

Both governments have been pushing ahead with this first large-scale repatriation effort, pledging to bring back a total of 2,251 Rohingya at the rate of 150 individuals a day.

This has prompted criticism from a group of 42 aid agencies -- including Oxfam, WorldVision and Save the Children -- who say that it would be dangerous for them.

UN investigators have called for the country's top military brass to be prosecuted for genocide at the International Criminal Court (ICC) over the crackdown.

Myanmar vehemently rejects the court's jurisdiction over the country and insists the military campaign was justified to defend itself against Rohingya terrorists.

The UN fact-finding team also said that civilian leader Aung San Suu Kyi's government —- in a power-sharing agreement with the military —- were complicit in the atrocities against the Rohingya through their "acts and omissions".

She is due to speak to business leaders at a regional ASEAN forum in Singapore on Monday.