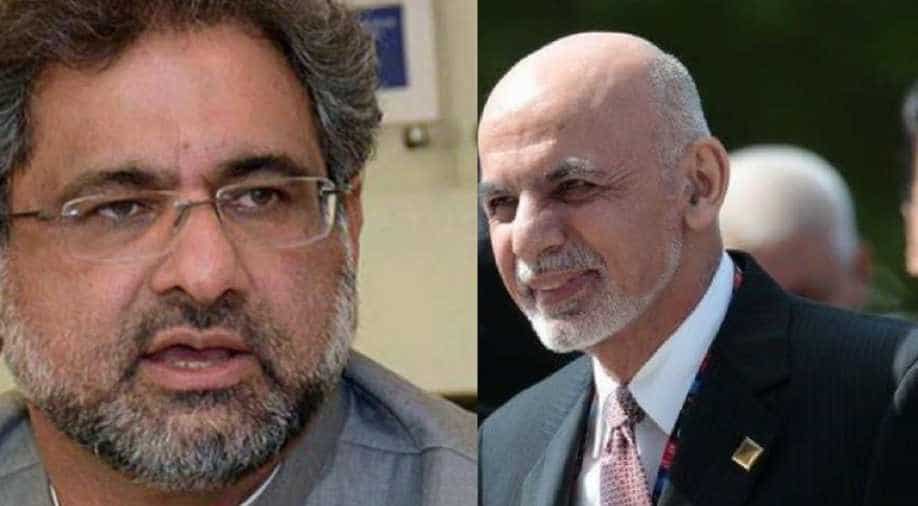 Afghanistan's Ministry of Foreign Affairs (MoFA) announced on Tuesday that officials from Pakistan and Afghanistan finalised a joint action plan on peace, aimed at ensuring peace and stability between the two countries.

The final touches to the plan were given at the fourth meeting of Afghanistan Pakistan Action Plan for Peace and Solidarity held in Islamabad with Abbasi and  Afghan President Ashraf Ghani.

The action plan has been finalized in pursuance of the seven principals agreed in the meeting between Afghan President Ashraf Ghani and Prime Minister Shahid Khaqan Abbasi in Kabul last month.

"Six working committees have been formed. An agreement has been reached on issues such as war against terrorism, expansion of bilateral economic cooperation, security cooperation, curbing the scale of violence, the repatriation of refugees, political cooperation and cooperation in the peace process," MoFA deputy spokesman Sibghatullah Ahamdi was quoted by TOLOnews as saying.

"We hope that this time Pakistan acts honestly and acts upon what it has committed to," said interior ministry spokesman Najib Danish.

Political analysts questioned Islamabad's peace approach on Kabul, saying that it is based on "deceit and lies".

On Sunday, an agreement was signed between Afghan and Pakistani officials to resolve problems regarding transit and trade between the two countries. In return, Afghan officials agreed to lift limitations and conditions on quarantine certificates for Afghan goods which are being exported to Pakistan.

On May 3, Pakistan reopened a major trade route with Afghanistan, the Ghulam Khan pass which wasn't functional for four years.

Pakistan also supported Ghani's latest peace initiative to the Taliban militant group, in what was seen as the first possible breakthrough in the thawing of frosty ties between Kabul and Islamabad.