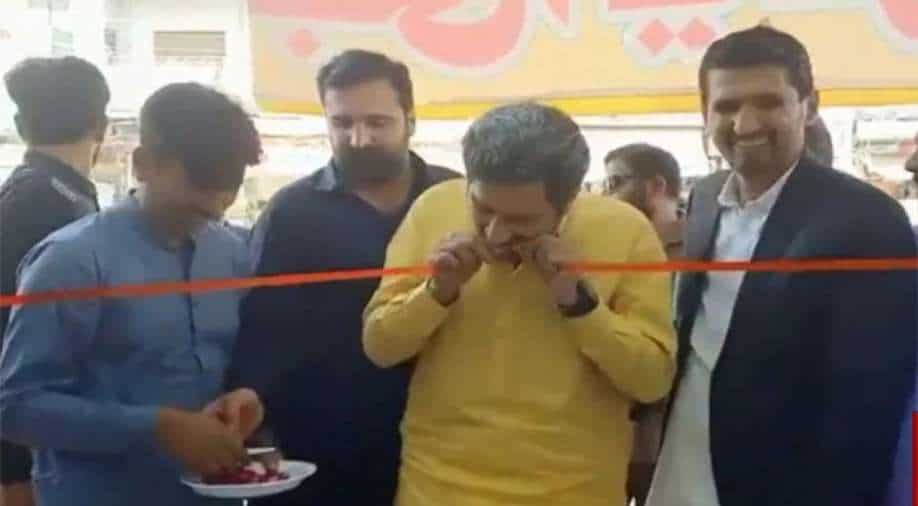 Fayyaz-ul-Hassan Chohan, Minister for Prisons and spokesperson for the Government of Punjab, was invited to cut the ribbon for an electronics shop in his Rawalpindi constituency on Thursday.

On Thursday, Pakistani Minister Fayyaz-ul-Hassan Chohan stunned the internet by cutting a ribbon in his own unique way at an electronics store opening event.

The minister, like other politicians, was asked to a store opening in his Rawalpindi constituency.

Chohan is seen cutting the ribbon to open an event in the viral video.

The scissors failed to cut the ribbon as soon as they attempted to do so.

The minister attempted to move the scissors once or twice, but they were not ready.

Chouhan seized the ribbon in his hands and used his teeth to sever it into two pieces.

The video went viral right away on social media, and netizens weren't shy about mocking him.

Fayyaz-ul-Hassan Chohan posted the video to social media and explained why he used his teeth instead of scissors.